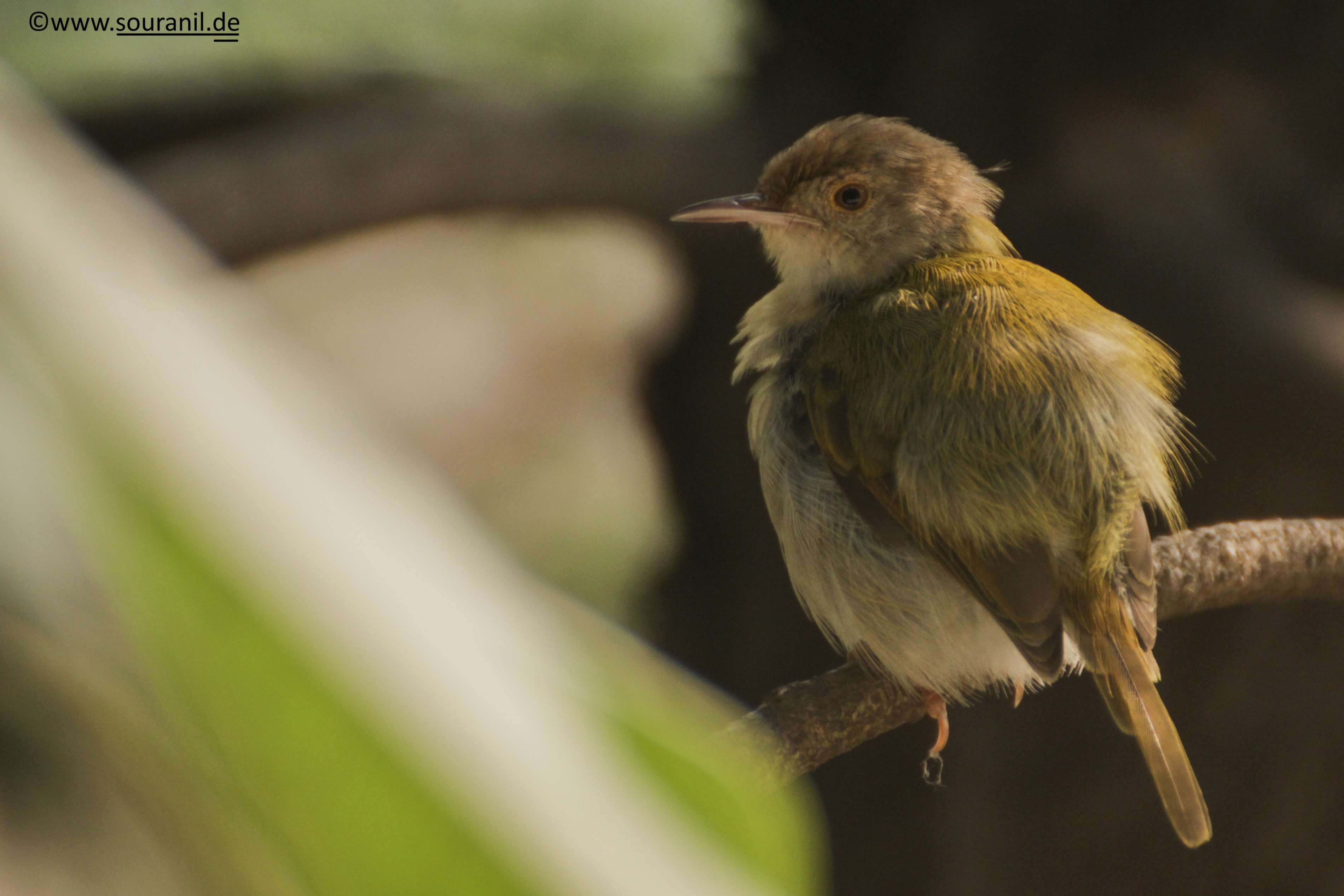 The Importance of Commoners :

As stated in my previous blogpost, the upcoming posts including this one, would deal with an introduction to some common species of birds who are popularly termed as ‘Commoners’.We should also know why commoners are important to us. Firstly, they are the ones who are easiest to spot. Therefore, for any beginner, these commoners are the source to learn about bird activity and movements. Secondly, their presence in a particular environment will determine whether or not other birds will migrate or reside in the given location.  This point is quite controversial since commoners affect bird population on both positive and negative scales. For example, social birds with dominating natures (like crows) are often seen to disturb and shew away visitors from their residential environment. On the other hand, social birds with cooperative natures (waders) always welcome visitors so that they can feel more secure from predators.

The following are a list of some common birds who are abundantly present in the urban as well as the rural environment and hence, chances of sighting them are maximum. 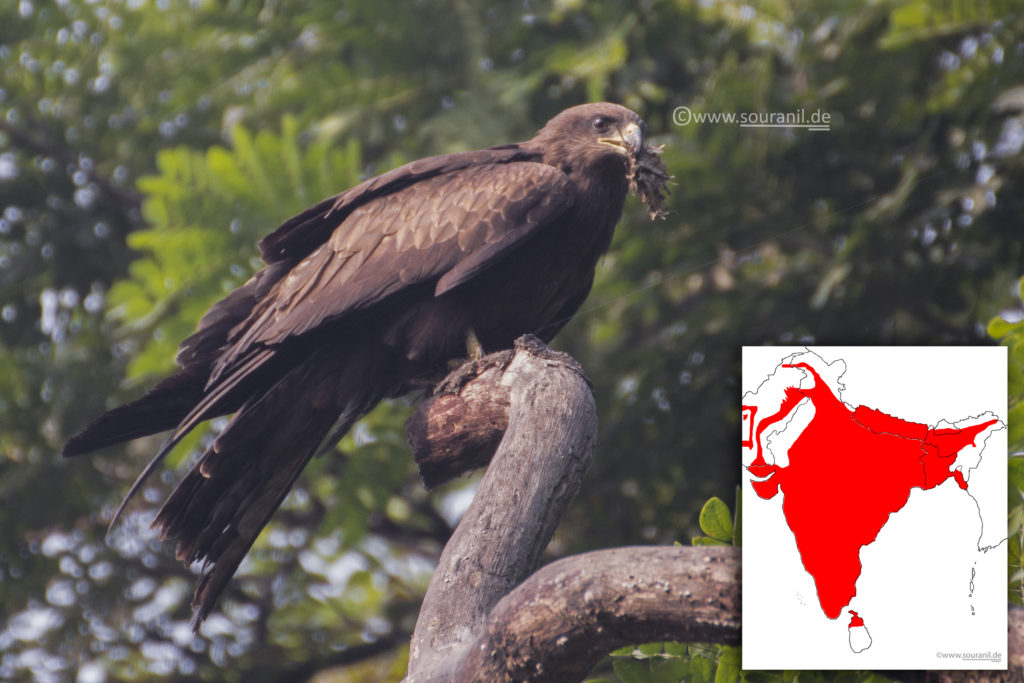 Appearance : Also known as the Pariah Kite, these are considered to be commoners among raptors. They are brownish raptors with shallow forked tails. Sexes are alike. Juveniles are more streaked.

Habits : The call is a loud, high-pitched and long shriek.  They often soar in scattered groups, twisting their tails to steer. They feed on worms, fish and also scavenge garbage and dead animals. Their nests are high on trees.

Habitat : Black Kites inhabit towns, large villages as well as cities (often near waterbodies). They prefer to rest on tree tops, towers, etc. from where a clear view of the nearby environment is available. 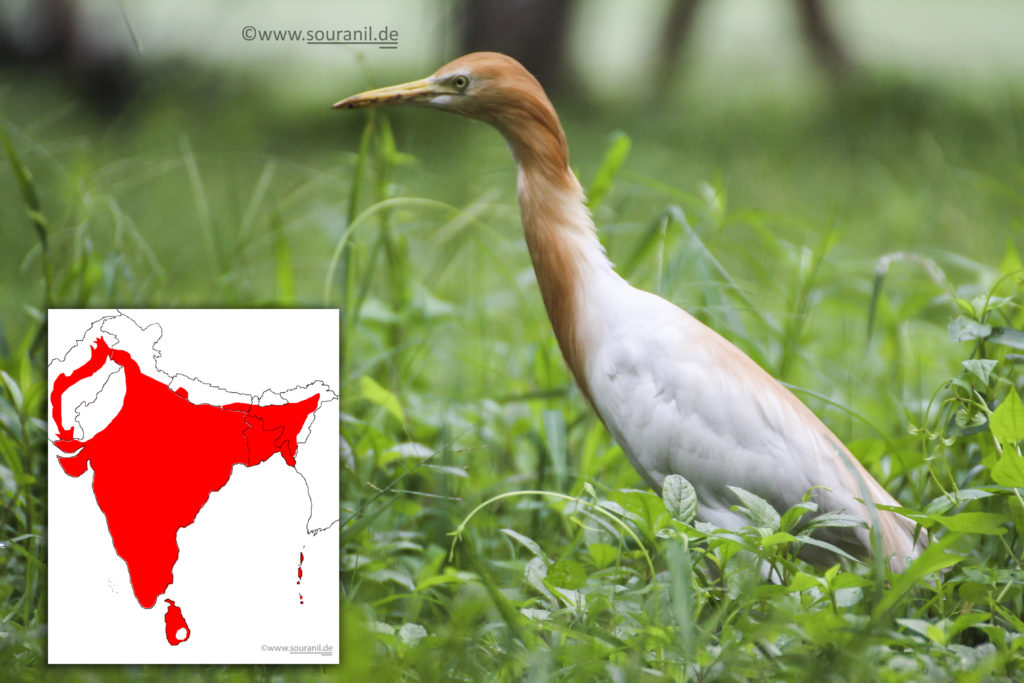 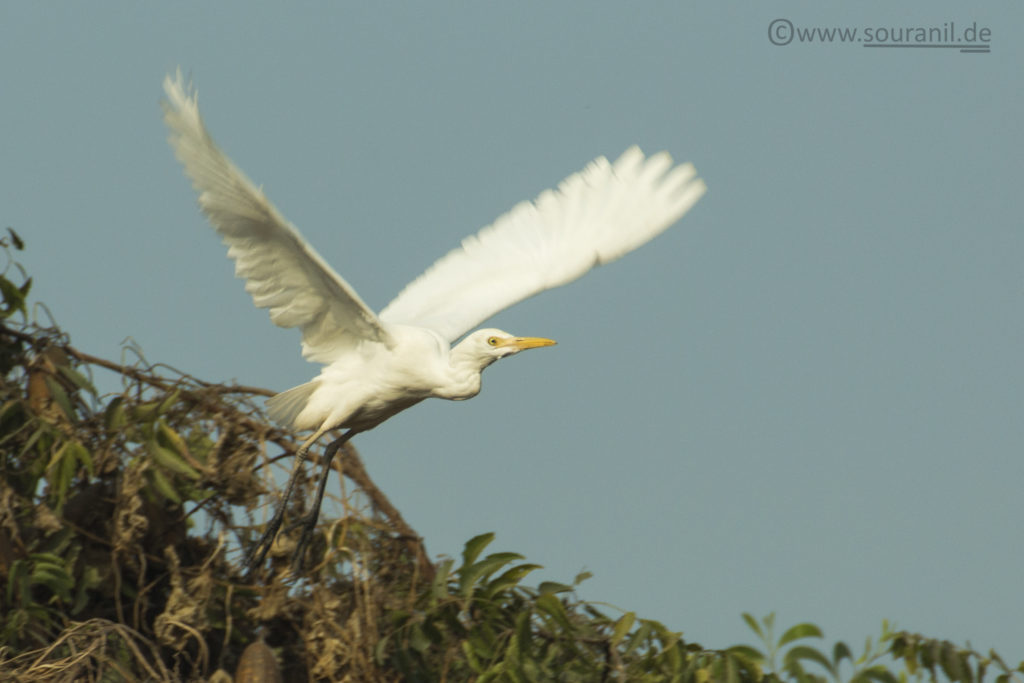 Habits : The call is like a croak which generally comes from their nests. They are usually seen  to co-exist with mammals (eg. cattle), hence the name. This is in order that they can feed on the organisms that are deflected away from the feet of those ungulates. They mostly feed on large insects and breed colonially.

Habitat : They are the commoners belonging to the heron family and they inhabit wetlands, grasslands, cultivation, garbage dumps, open woodland and also urban parks. 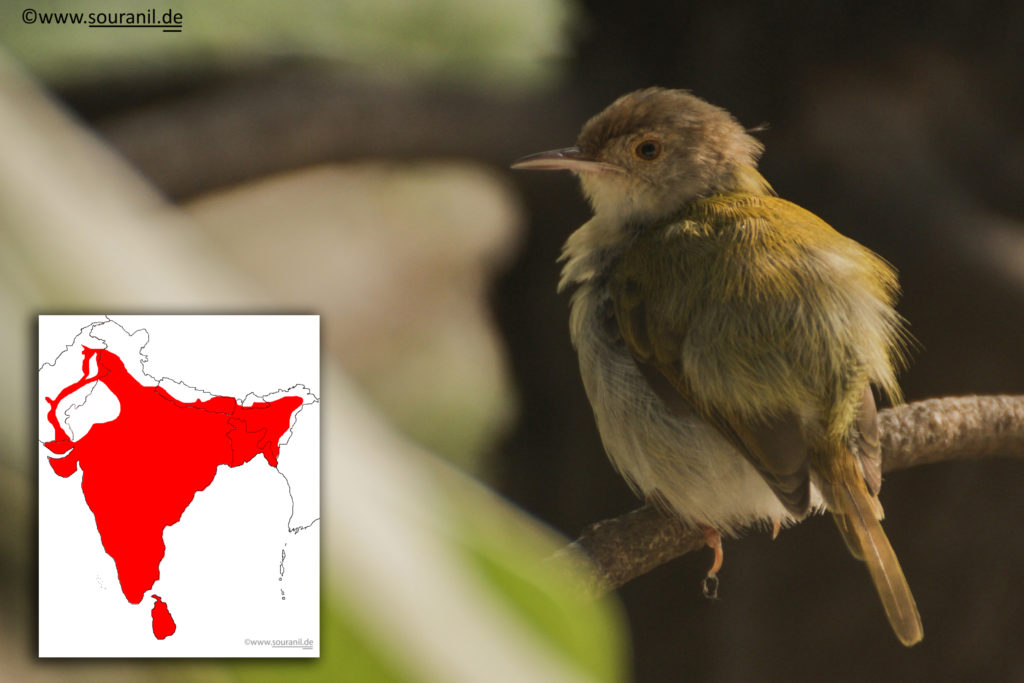 Appearance : They are small, long-tailed, greenish warblers with rusty fore-crown. They are bright green above and whitish below. Breeding males develop longer tails and dark feather bases near the throat.

Habits : They are usually very noisy with a loud, abrupt, short and repetitive call. They exist mostly singularly or in pairs. They feed upon invertebrates and nectar.  Tailorbirds stitch two leaves into a creative pouch like nest.

Habitat : They inhabit all types of scrub vegetation including forest edges, gardens and mangroves. The nests are made low in shrub or pot-plants. 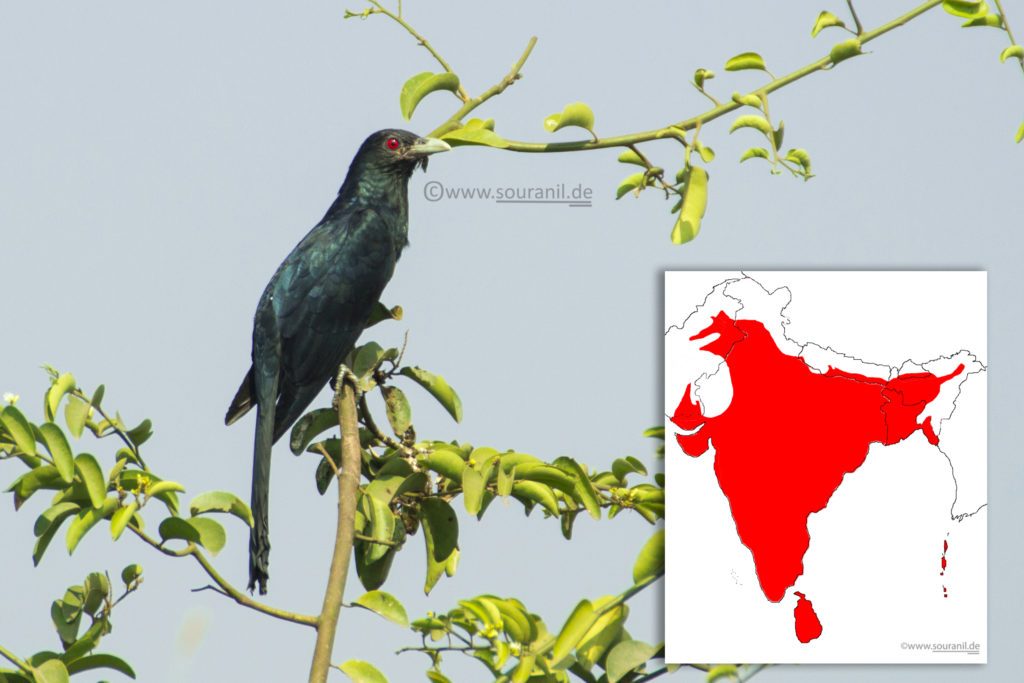 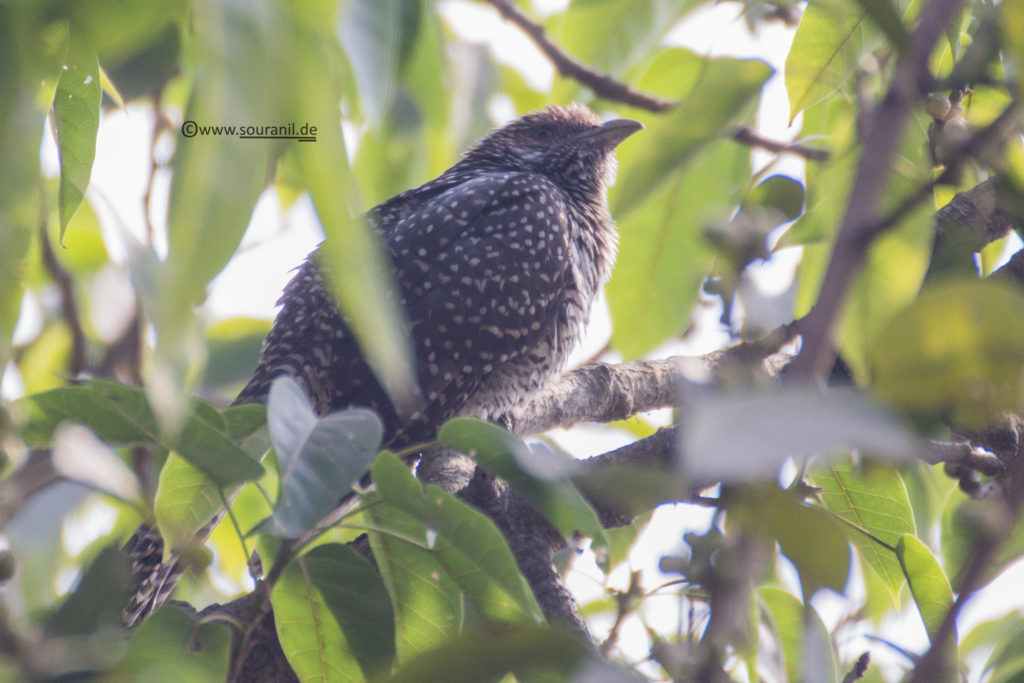 Appearance : They are large, long-tailed cuckoos with white bills and ruby red eyes. The male has a glossy black plumage whereas the female has a spotted dark greyish brown plumage.

Habits : The male has a soothing, loud and rising characteristic call. The female, on the other hand, has a repetitive, short and bubbling call. The feeding habits include mostly fruit. They do not nest, instead they lay their eggs in other birds’ nests.

Habitat : They inhabit all types of wooded country, city parks and gardens. They mostly prefer to stay secretive behind dense cover and are hence, difficult to sight. 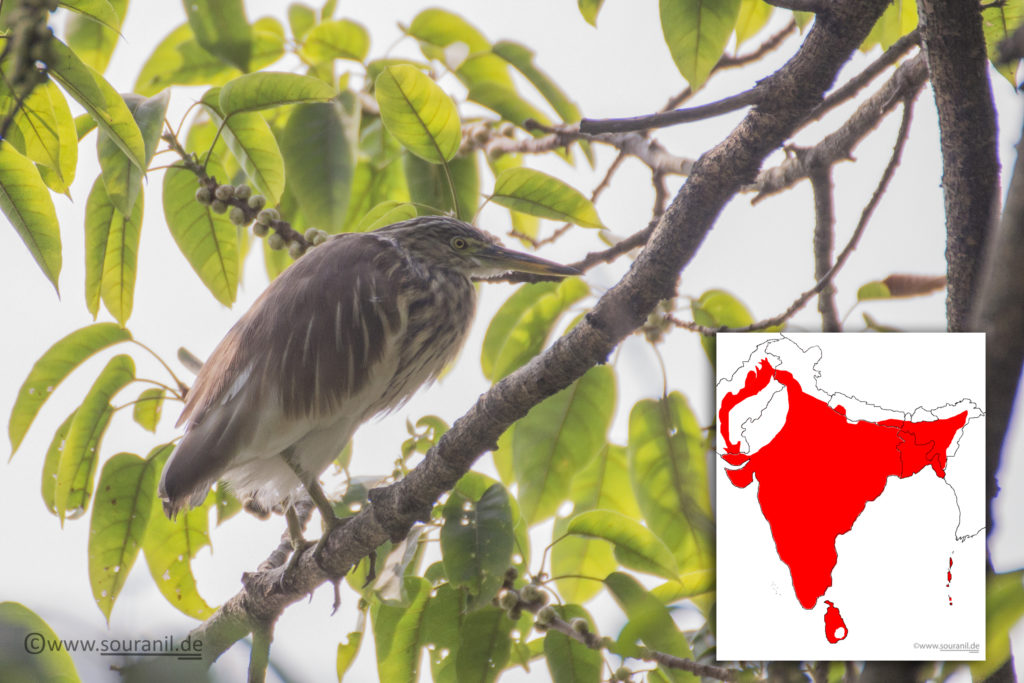 Appearance : Also, known as the Paddybird, they are small, dumpy, brown herons with contrasting white wings and tails. Their heads, neck and breast are buff and darkly streaked. During the breeding plumage, their backs become dark and purplish. Sexes are alike.

Habits : They are mostly silent birds but occasionally, they produce a deep croak. They are usually solitary but birds of other species often co-exist with them. At most occasions, they sit hunched, waiting for aquatic and insect prey. Pond herons nest in tree colonies.

Habitat : They live wherever there is water, including temporary puddles. They are mostly residents and do not usually migrate. 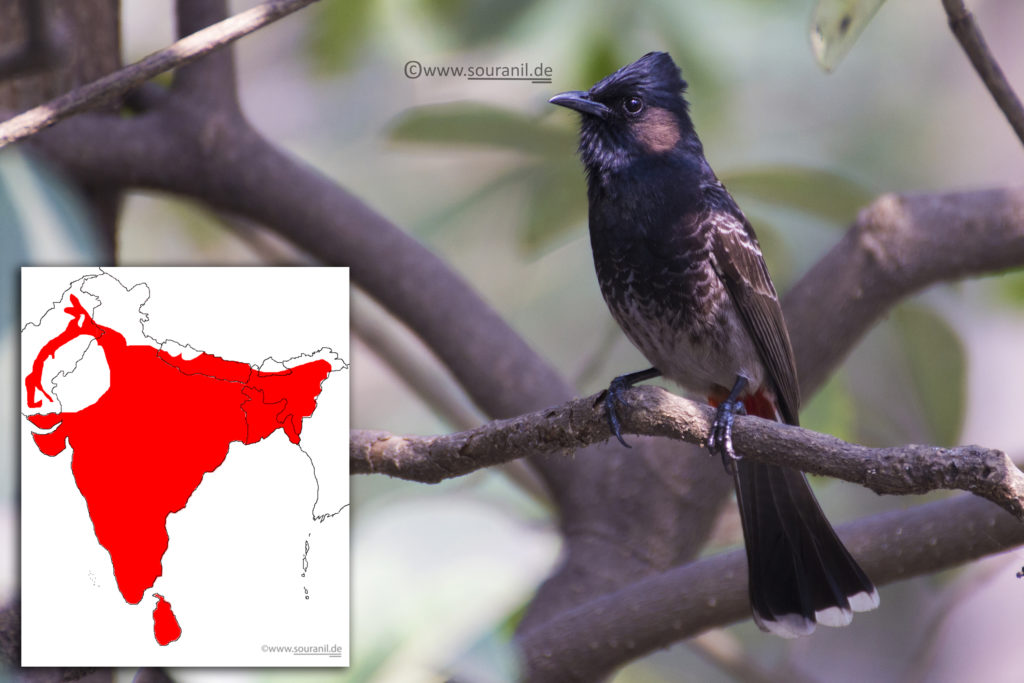 Appearance : They are dark, sooty-brown bulbuls with red vents. Their underparts are paler but heads are black with peaked crowns. Their rumps are whitish and both sexes are alike.

Habits : They are usually noisy with various calls ranging from noisy cackles to sweet whistles. They prefer to exist in pairs or small parties and feed on insects, nectar and fruit.

Habitat : They are the commoners in the family of Bulbuls. They inhabit open wooded country including urban gardens and parks. 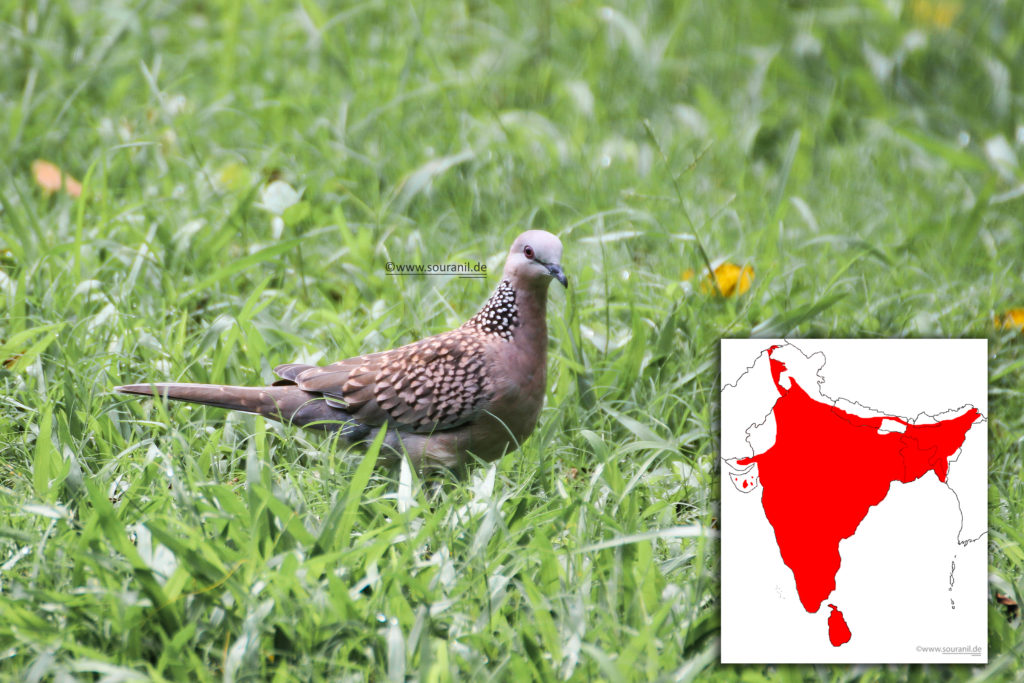 Habits : They own a typical pigeon-like characteristic call. Spotted doves are quite confiding and prefer to maintain short distances from any sort of disturbance. They feed on seeds on ground and exist in pairs or small groups. Their nests are low in trees or bushes.

Habitat : Spotted Doves inhabit open deciduous forest, cultivation with groves, villages, parks and gardens. They are usually terrestrial but fly up to heights in order to avoid disturbances. 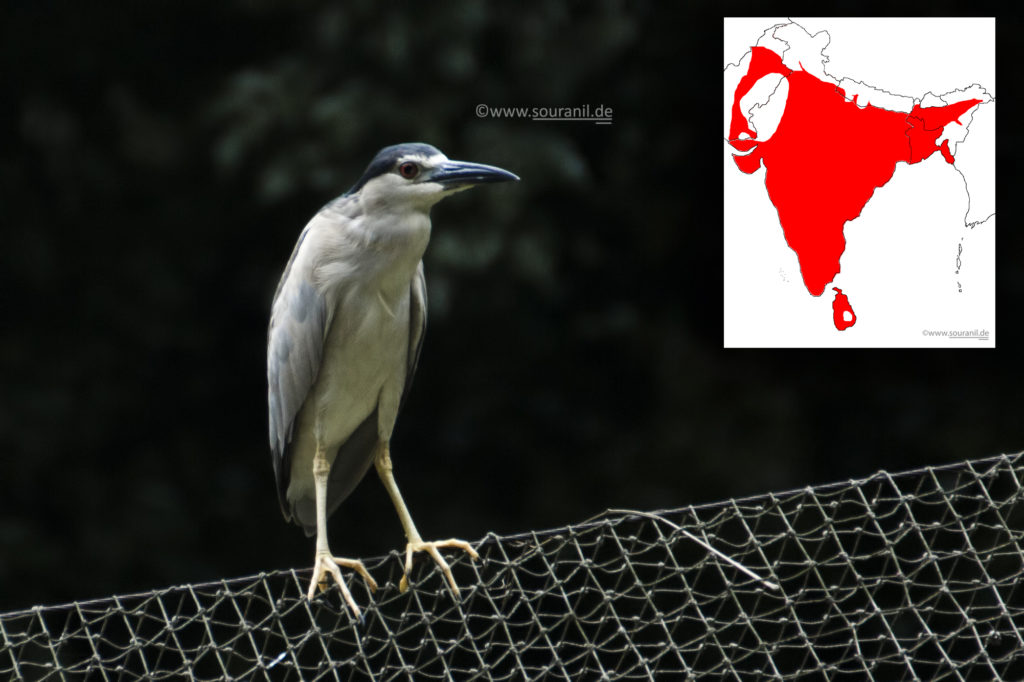 Appearance : They are small herons with black, grey and cream plumage for adults whereas brownish, streaked plumage for juveniles. The adult males have black crowns with large ruby red irises.

Habits : Their call is similar to that of a crow, just that it is not very frequent. They are nocturnal herons who prefer to hide during daytime in thick foliaged trees near water in small groups. They often, sit near water, waiting to strike their prey.

Habitat : They inhabit all wetland types, including paddy and mangroves. Their nesting is done in low in mixed colonies.