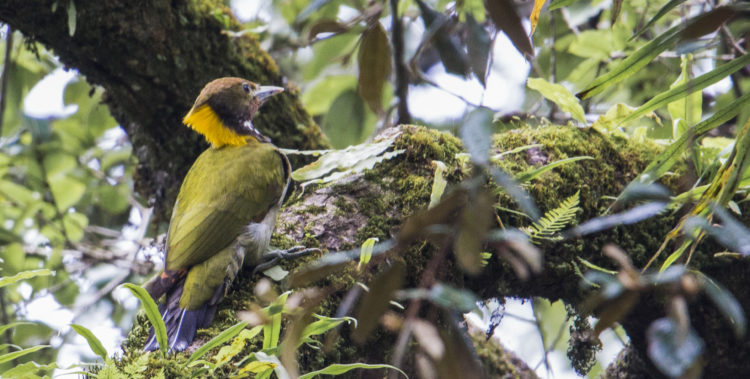 The Indian Subcontinent is home to 30 species of woodpeckers (belonging to the family Picidae). Over the last few years, I have managed to spot and photograph a few of them. In India, they vary in sizes from small Pygmy Woodpeckers (13cm) to the Great Slaty Woodpecker(58cm). An interesting observation on these birds are their choice of camouflage. In this post, one can observe that woodpeckers have different colours and that all of them know how to camouflage. Here are details of some of them : 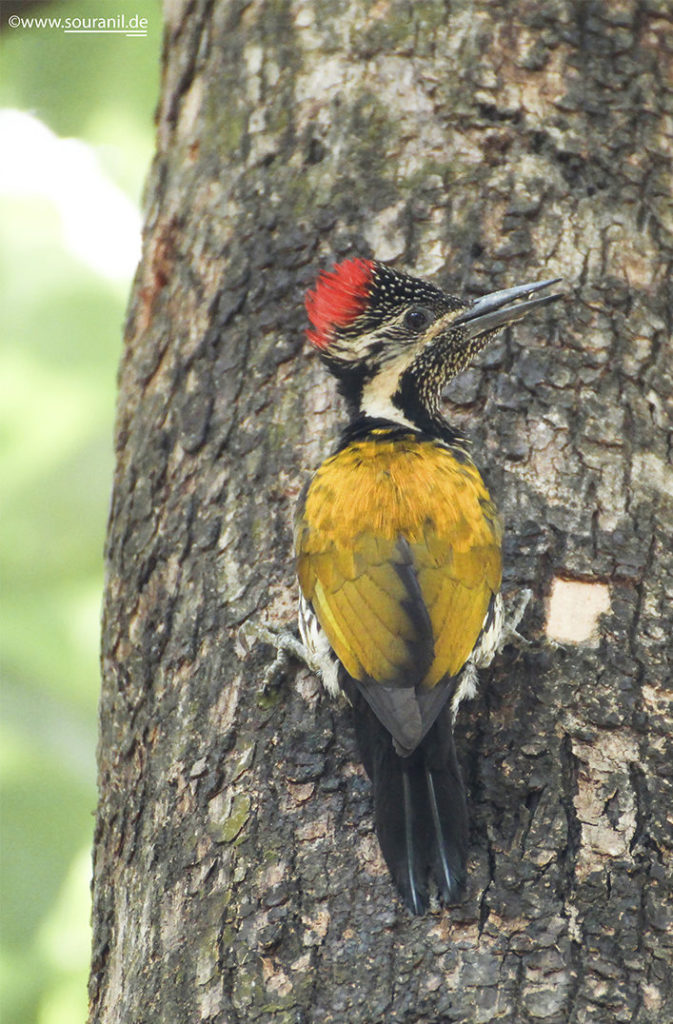 Also known as the Lesser Goldenback, they are bright golden and black woodpeckers with red crests. These Flamebacks are easier to find, compared to the others and can be found almost everywhere in the Indian subcontinent. Black-rumped Flamebacks  make a laughter like cackle which is simliar to the White-throated Kingfisher. 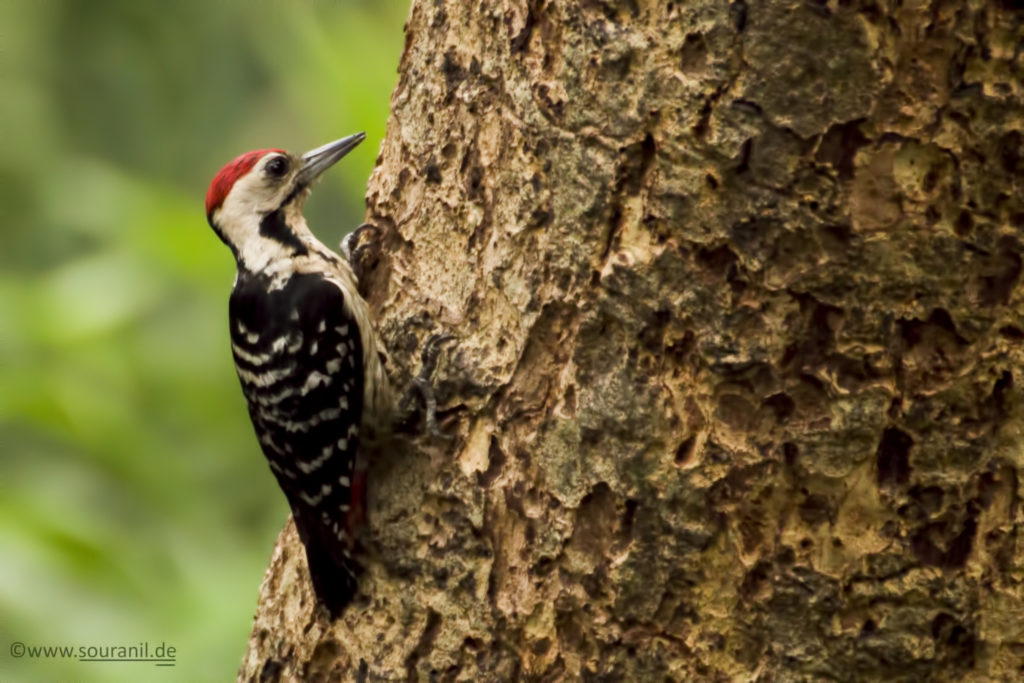 They are small woodpeckers (18 cm) who are mostly found in northen and eastern India. These birds can be identified by their beautifully painted backs and bright red crowns(in males). 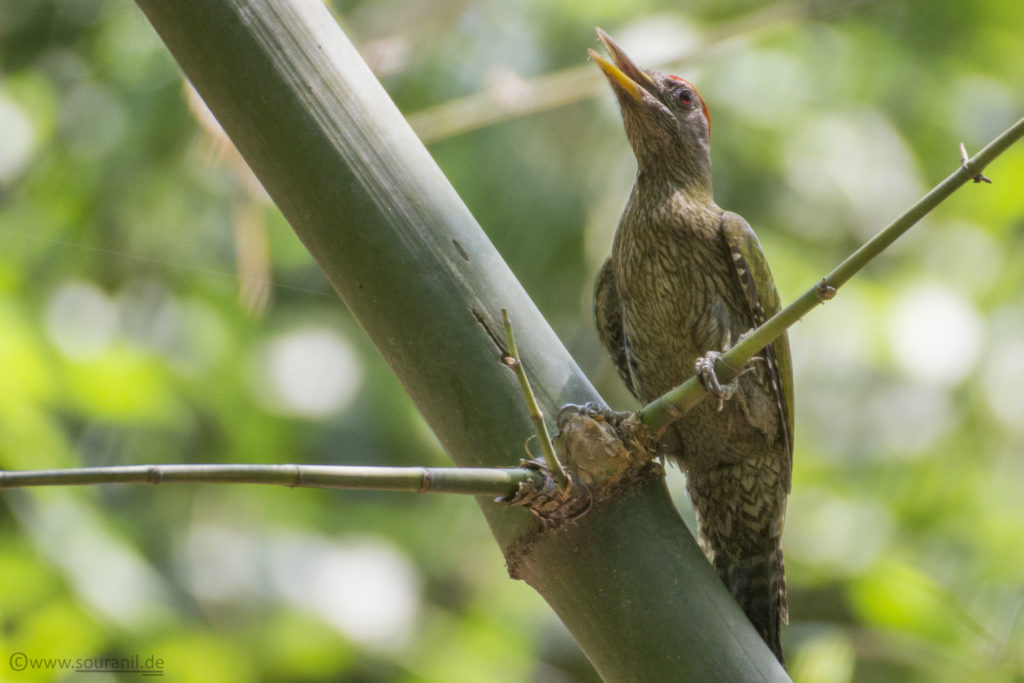 Also known as the Scaly-bellied Green Woodpecker, they are medium-sized green birds identified by their characteristic streaks in the frontal side of the body. Males have red crowns which is the case in most woodpecker species. 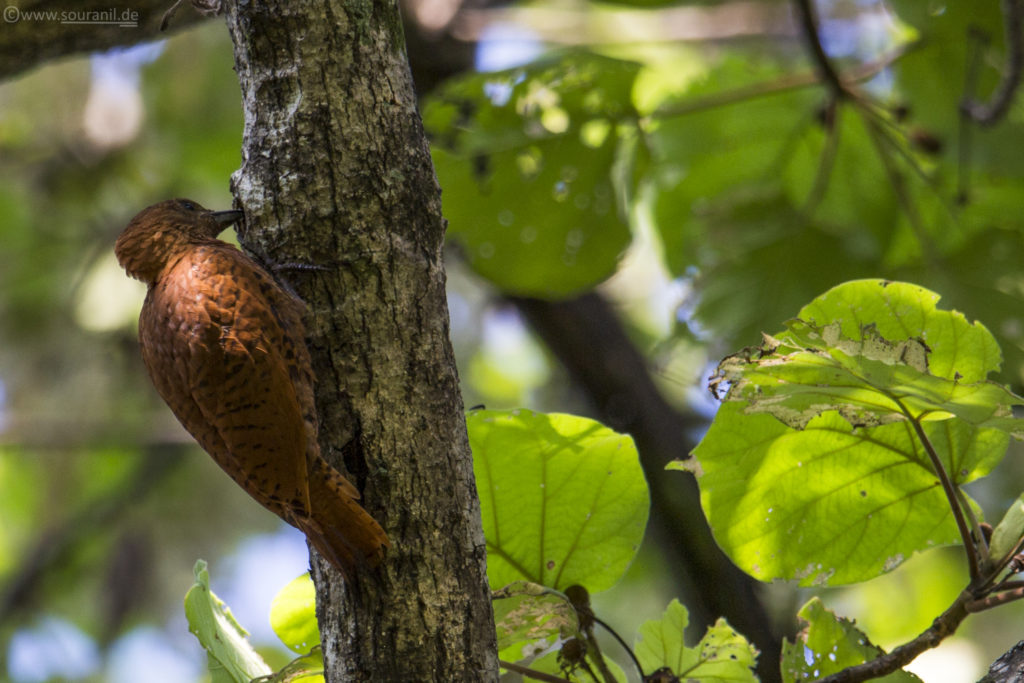 They are medium-sized brown woodpeckers with short black bills. Rufous Woodpeckers are usually difficult to sight because of their colour which camouflages with tree barks. 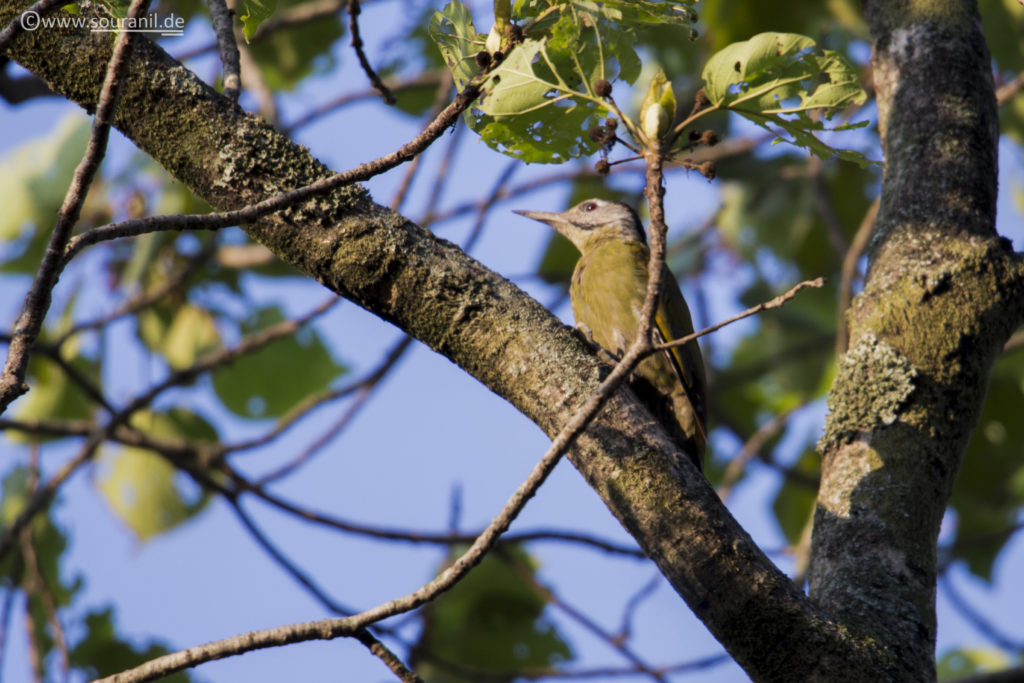 Also known as the Black-naped Green Woodpecker, they are fairly large tree birds with grey heads. They have typical (for woodpeckers) and loud cackles. In the Indian subcontinent, they are usually seen more frequently in the foothills. 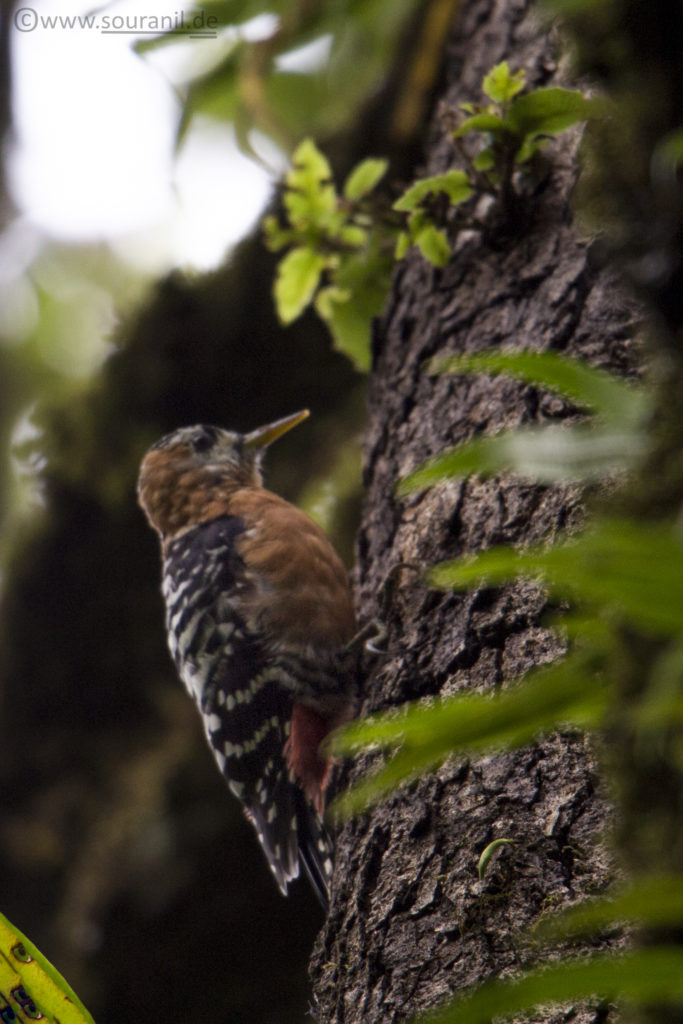 These birds are considered to be the most colourful woodpeckers found in the Indian subcontinent, with painted black and white backs, brownish front parts and red vents (males have red crowns). 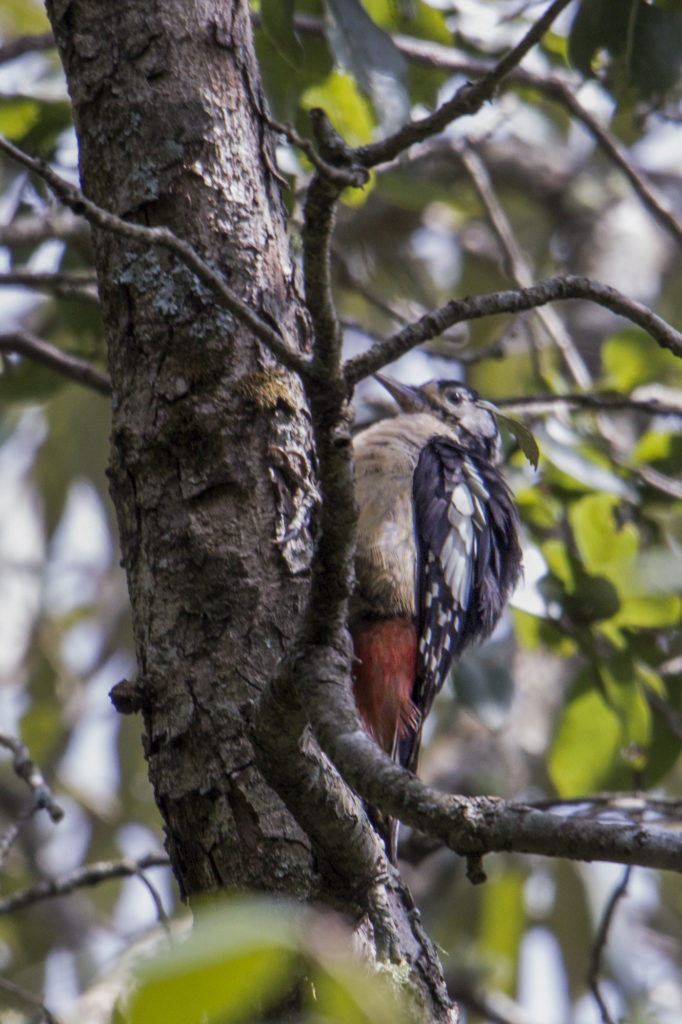 They are rare birds found in the Himalayan Foothills ranging from western Nepal to Kashmir. Males have red crowns and develop a denser buffy frontal plumage during the breeding season. 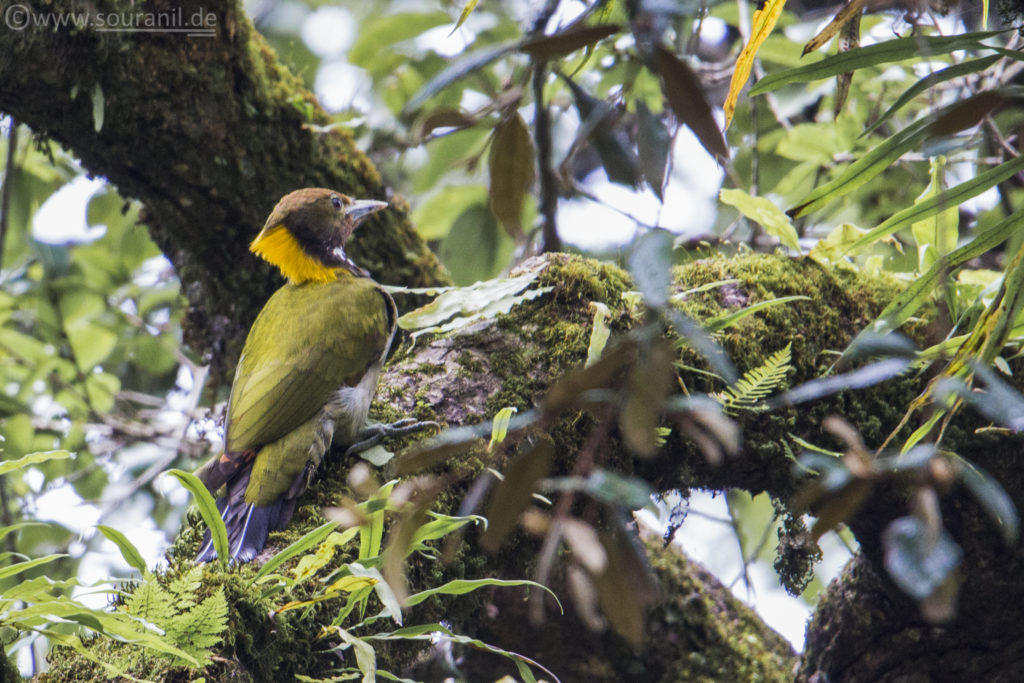 Also known as the Large Yellow-naped Woodpecker, they are large olive green woodpeckers with yellow crested napes and throats. They prefer to inhabit trees with barks filled with creepers so as to camouflage themselves.