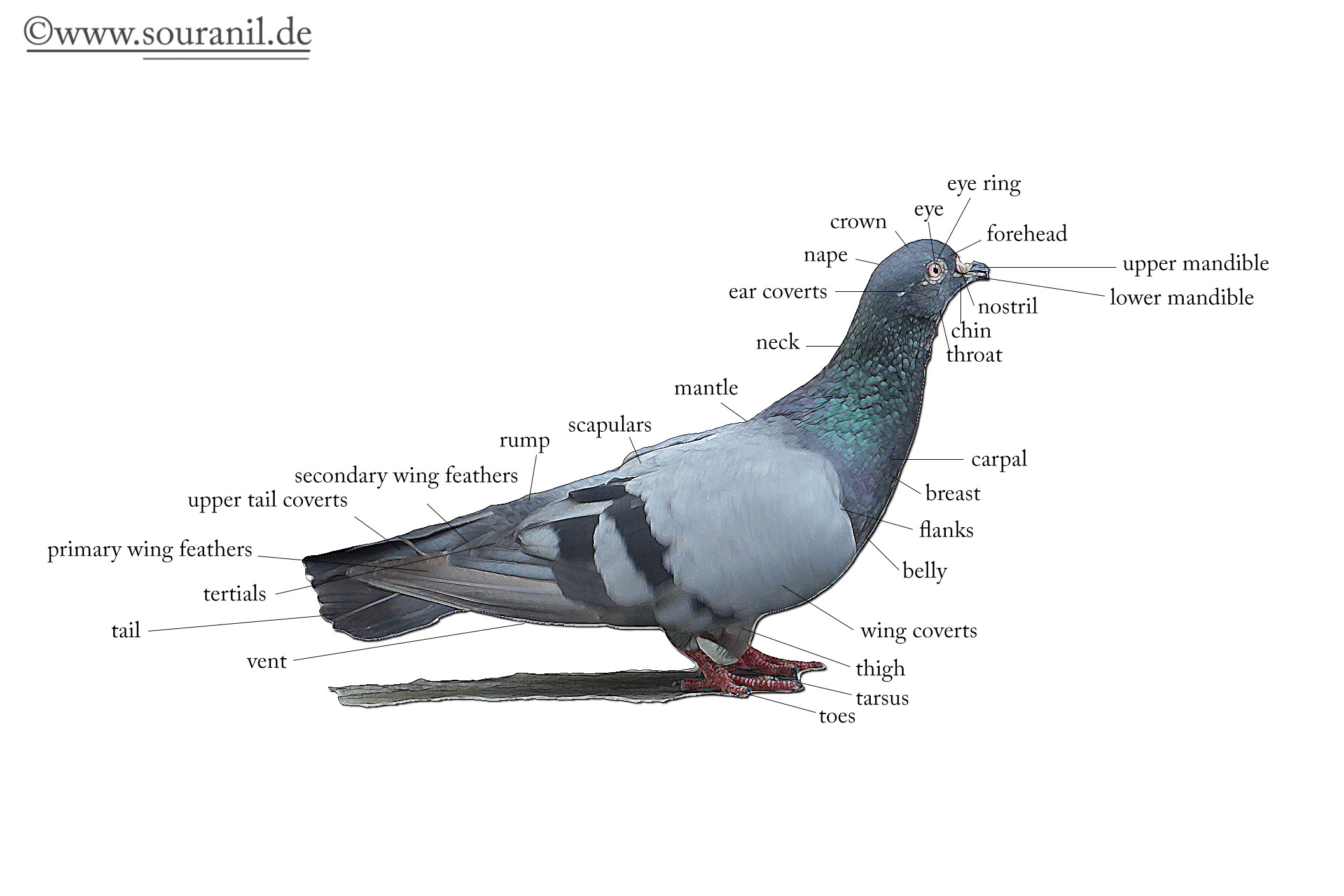 Basics of Birding : How to start

Birding (or bird-watching) is usually defined as the recreational hobby of observing wild birds and their activity in their natural habitat. This does not require any special talent or skill.  All one needs is to develop an affectionate feeling for birds and a strong desire to learn more about their activity. If you are a birder, you already know all this. If you are not a birder, believe me, it is no big deal to get into this field and in no time will you start enjoying this hobby.

Where to find them ?

Birds are omnipresent. However, not all birds are found in the same place, same number with same frequency. Their availability depends on presence of food and security from predators. Habitats play a major role in determining these factors.

Different habitats comprise of different birds. One should not expect endangered pheasants flying over the busiest of cities or bustards strolling in wetlands. Different birds are found in different habitats according to their adaptations and characteristics. Wetlands are the home to ducks, geese, herons, teals, bitterns, rail, storks, snipes, kingfishers, stilts, plovers, etc. Marine environments suit gulls, terns, sandpipers, etc. better. Bee-eaters, warblers, bulbuls, rollers,  chats, robins, shrikes, drongos, wagtails are found in grasslands. Water plays an important role too. Birds like bustards, pipits, larks, sandgrouse are found in drier regions. Redstarts, dippers are a few birds who are best found in riverscapes. Another factor is altitude. Some birds like flycatchers, thrushes, tragopans, finches are not found below a certain level. Factors like vegetation density also come into play. They determine the presence and amount of food for the birds according to which they are distributed non-uniformly. 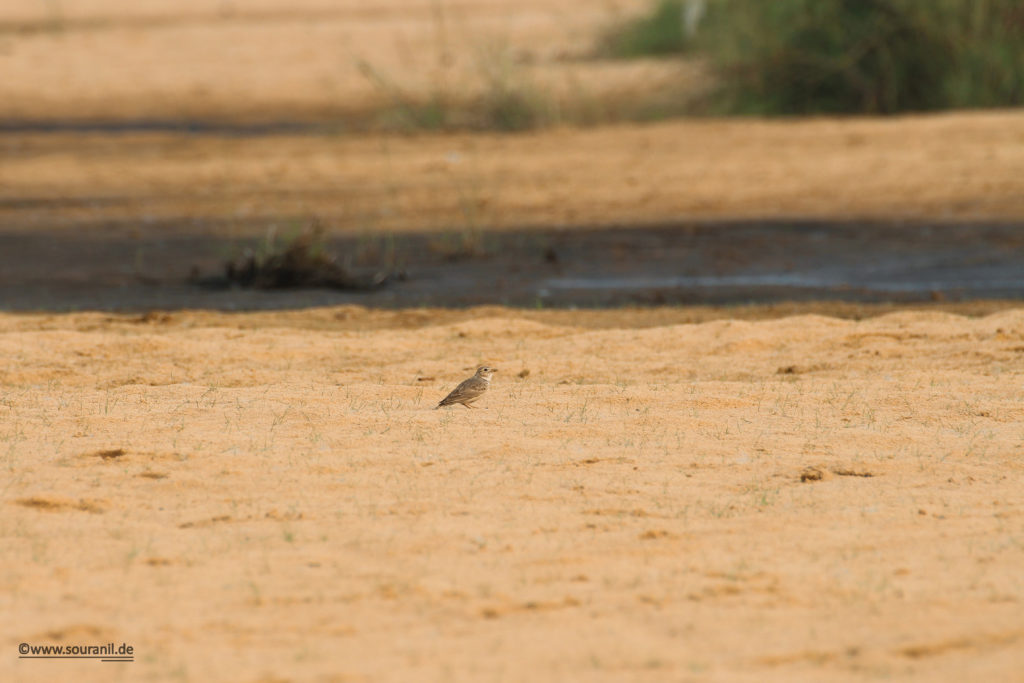 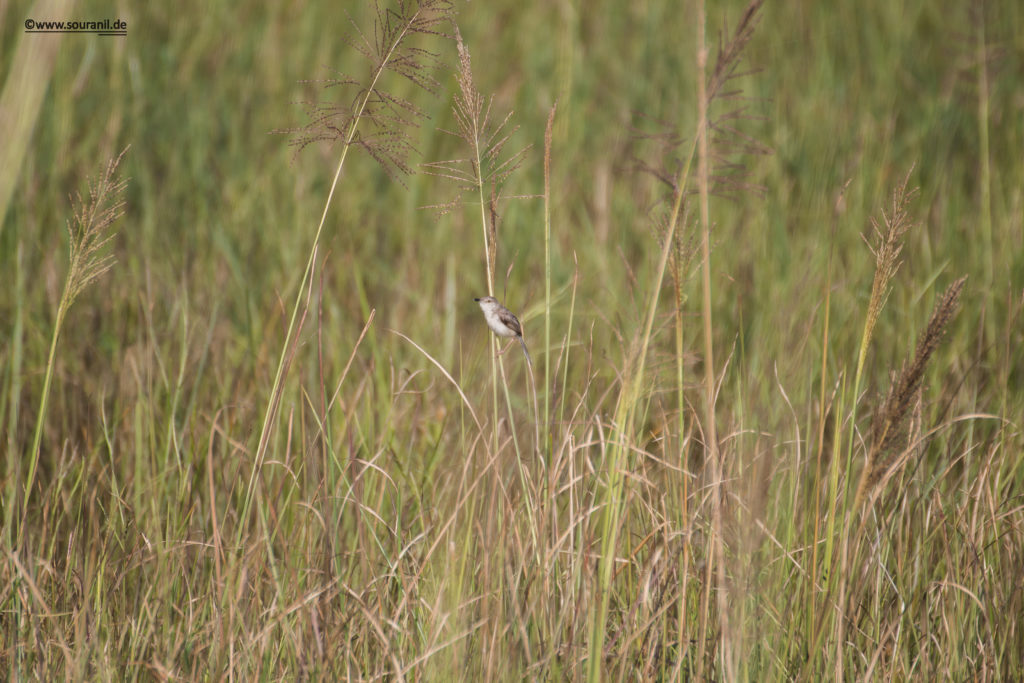 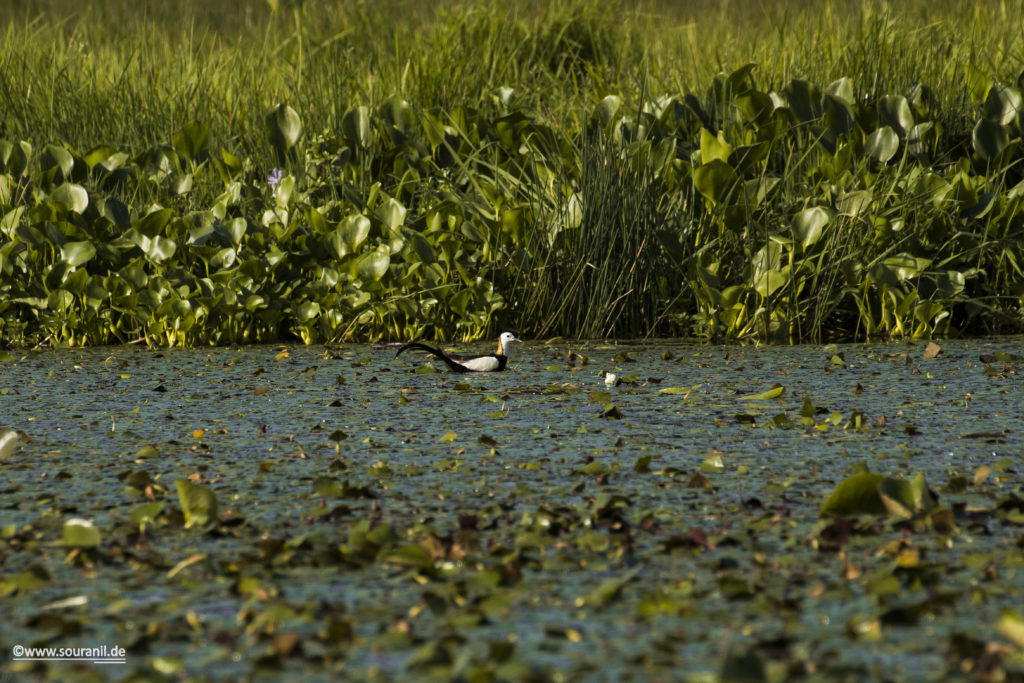 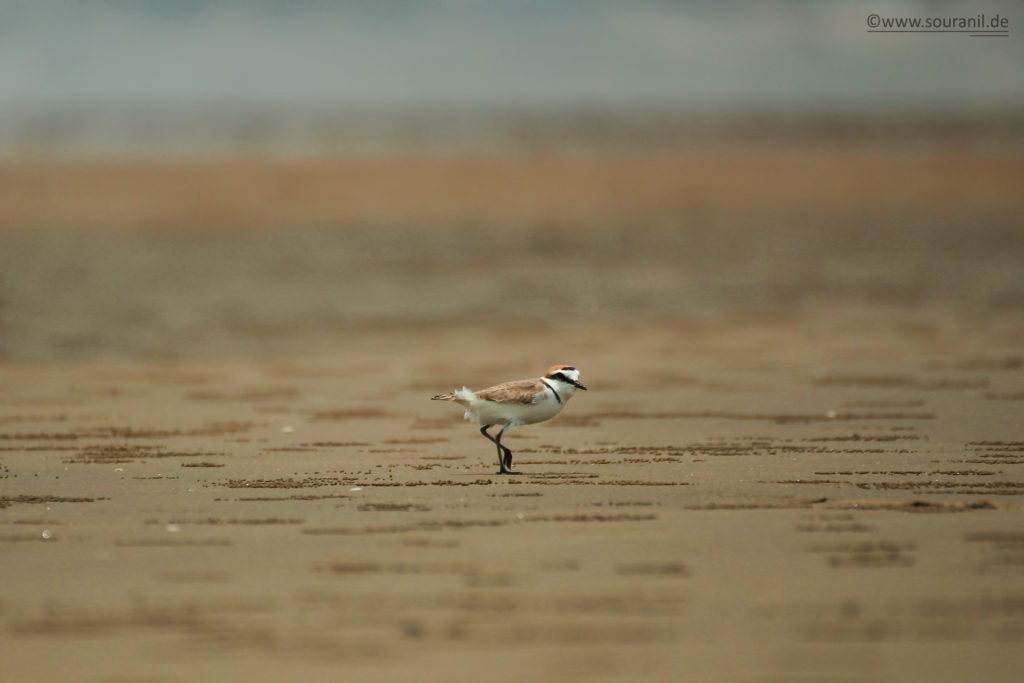 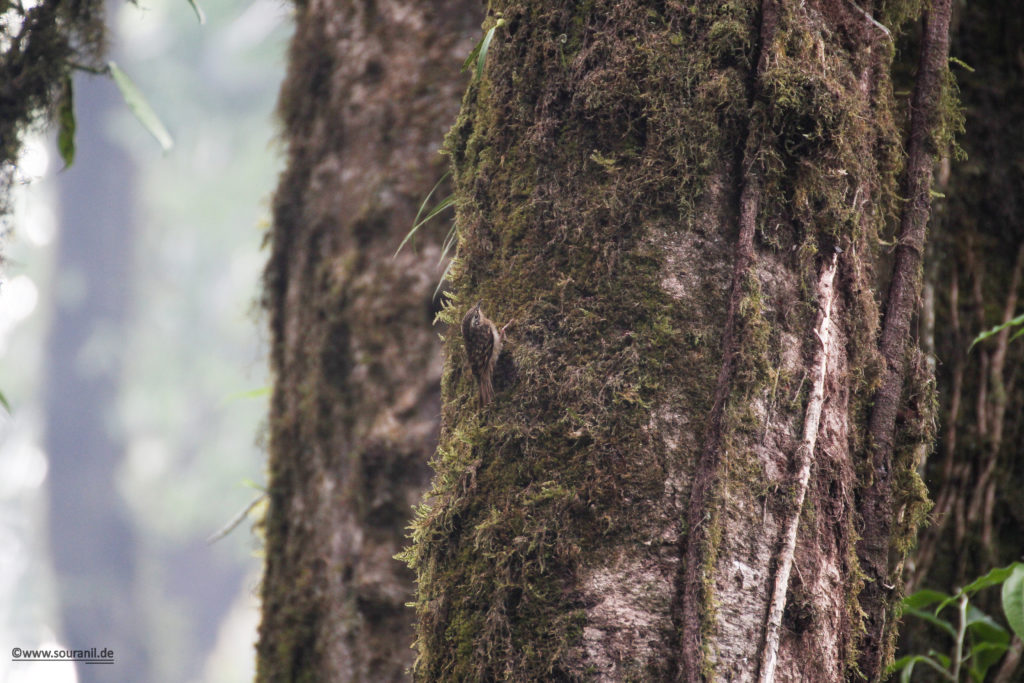 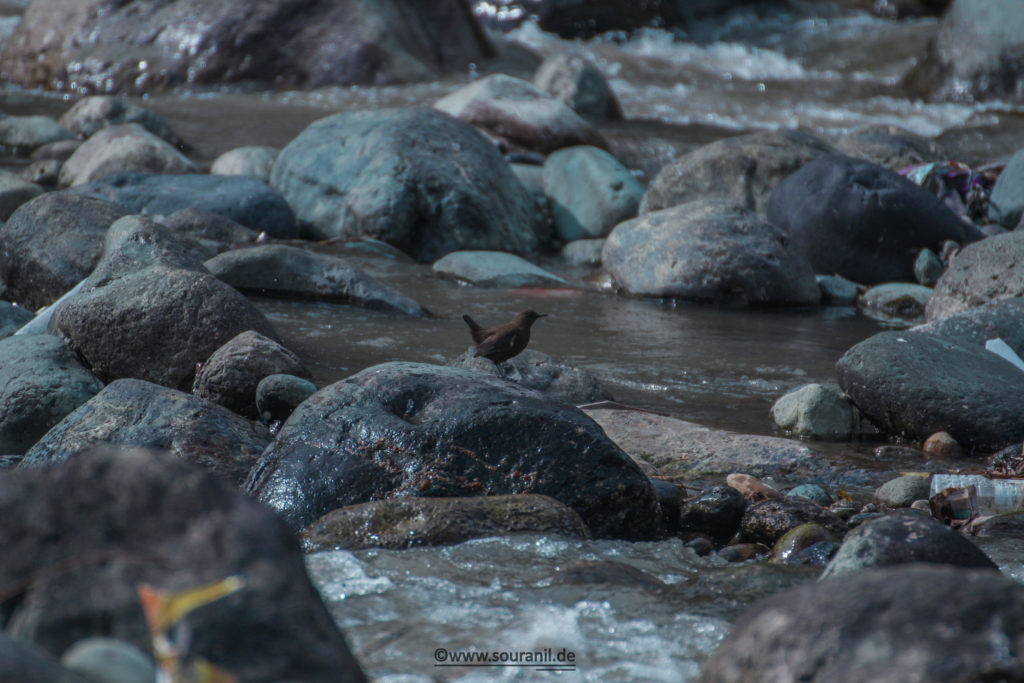 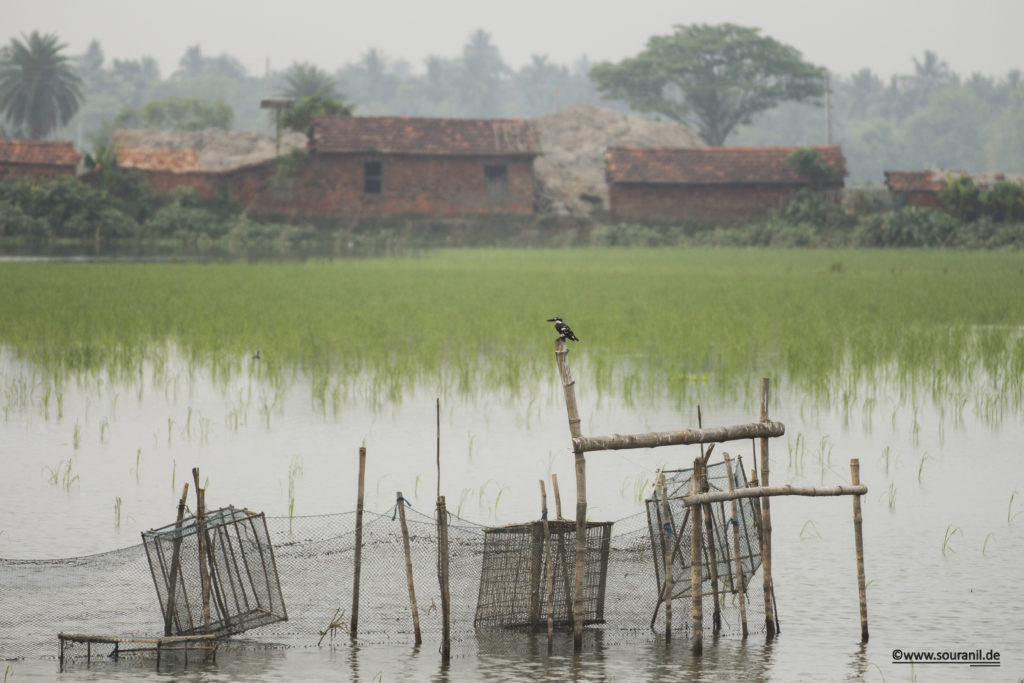 When to find them ?

Records confirm that the best time for birding in the subcontinent is at dawn or at dusk. These are the phases of the day when the moderate temperature maximizes bird movements and activity. Also, with respect to any particular location, birds are either residents or migrants. Birds migrate deliberately as well as unintentionally. The most common reason for  migration is climate. Very few birds prefer to stick to the same place for a long period of time. Most of us know that many birds migrate during winters to warmer destinations. There are some birds too, who migrate to cooler destinations during summers and late spring. Since, birds prefer to migrate to the same location annually or periodically, it becomes easier to record the availability of any specific bird at any particular location in a specific time of the year.

How to identify them ?

Most birds are named after their external appearance. To understand this, one has to know about the different body parts of a bird. Birds are differentiated by virtue of their specific colouration, shape, texture, colours of similar parts. 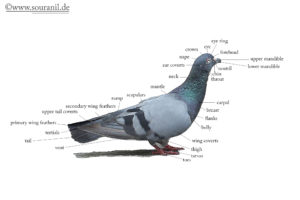 Body Parts of a Rock Pigeon

Birds are identified by virtue of several observations. Initially, their primary coverts are observed. These feathers determine the basic colour of the bird. Next come the body structures and sizes. Birds from different families have different structures and sizes. A detailed analysis on families have been mentioned in this post(click). When one properly manages to observe the above three, he can differentiate between any two birds from different families. For further details, one needs to note the appearance of the bird’s distinct body parts such as nape, tail, throat, etc. Most birds have some distinctly coloured or textured body part which makes it feasible to identify them from the rest of the species of its family.

Some birds named by virtue of their appearance are : 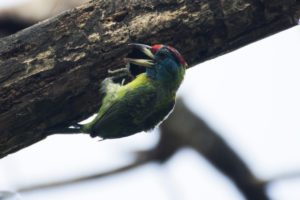 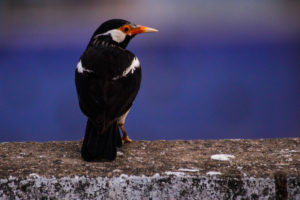 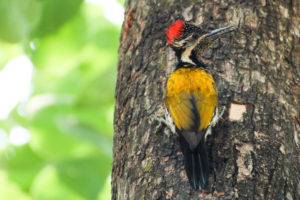 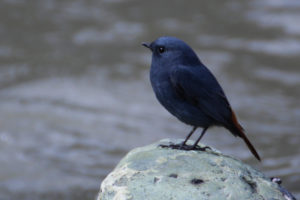 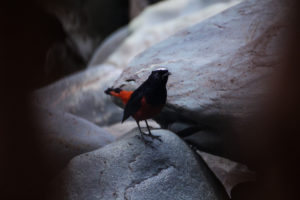 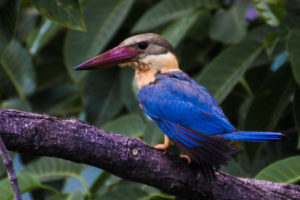 Identifying birds by virtue of their appearance is the best way possible. However, we are not fortunate enough to observe every bird with equal amount of effort. Here comes the frequency factor into play. Sometimes, one needs to identify a swift or a raptor by the style of its flight. One also needs to know those distinct features of the bird, he/she is searching for. In such cases, only the nape, head or the tail helps in identifying (since these are the distinct parts). Sometimes, the constant periodic call of a barbet or the whistle of a thrush can also help. Details on bird calls are available on www.xeno-canto.org .

What is polymorphism in birds ?

Most birds undergo colour changes with age. They do not possess their general plumage when they are born or when they are immature. They start growing feathers at a juvenile stage. At this point in time, they are either similar to their fully grown types or distinctly different. After the juvenile stage, comes the full grown stage. For some birds, there exists an eclipse stage too(when they change from juvenile to mature). Birds are identified best when they are fully grown.

Plumage variation also occurs due to gender differences. Birds who are not very brightly coloured usually have the same colouration and plumage for both the sexes. Kingfishers, barbets, eagles, owls, storks, etc. have same colourations for both the sexes. Birds who are vividly coloured but yet require camouflage have different colourations for the sexes. Males possess bright and vibrant plumage. Whereas for the sake of camouflage and protection of the nests, females possess paler plumages. This phenomeon is called sexual dimorphism. The best known example is that of the peafowl. Peacocks are beautifully coloured, with bright shades of blue and green. On the other hand, peahens have a brown-dominating plumage. Some other birds who show these type of colour variations are pheasants, chats, redstarts, flycatchers, thrushes, etc.

There are a few more cases of polymorphism too. These variations occur mostly in full-grown, similar sexual morphs. Many raptors are known to exist in different morphs. The reason for this is to try and be unique; i.e. being physically dissimilar. When they achieve a plumage deviation, they look different and their preys take more time to react and hide themselves. This assists in efficient hunting.

Another phenomenon is seasonal polymorphism. Birds who exhibit these changes are witnessed to change their plumage according to the period in the year. This of course, depends on the availability of food and water. Migrations are a strenuous  time. Few birds are known to develop a paler plumage during migration. Temperature and other physical conditions also determine polymorphism. Another type of seasonal morphism is the breeding morphism. When birds need to mate, they try to develop into a different morph, thereby making themselves more attractive than the regular morphs. This is when they are known to possess ‘Breeding Plumages’.

Acknowledgements : I would thank Anirban Da, for being an inspiration and guiding me into the field of blogging; Agnij Da, for a lot of valuable information; Arghyadeep and Swarnava for being a constant support.