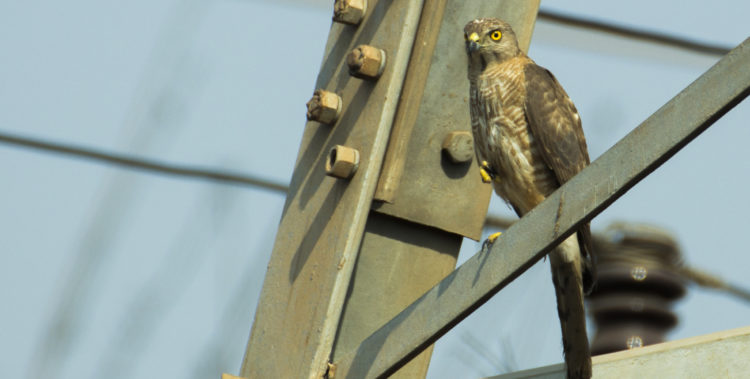 From Kolkata to Bhubaneswar :

My close friends know that I had to move from Kolkata to Bhubaneswar to pursue Computer Science Engineering in KIIT University in July, 2016. As a birding enthusiast, it became necessary for me to continue birding and photography, in spite of the change of surroundings and atmosphere. Since, now it’s been an year, I wish to share my birding experiences in Bhubaneswar.

Initially, I did not have my camera and consequently, I could not photograph the Scaly-breasted Munia family which used to live near my hostel (I still regret that). A few months later, I brought my camera to Bhubaneswar and planned to explore the surroundings every time I could find time out of my studies. The problems I faced were similar to the ones any person faces while moving to a new locality. These included, not knowing the area well, not knowing where to find what, etc. Also, I was unaware of the species that I would be sighting in the area since it was completely unexplored.

However, my college is located in a comparatively less urban area and I decided to take a walk towards the nearby grasslands. On the first day, I found absolutely nothing. The only few commoners that I saw included the likes of Jungle Babblers and Green Bee-eaters. The next day, I decided to walk further towards Chandaka through Chandaka-Shikharchandi Road. In the nearby grasslands, I heard various calls which compelled me to have look inside. I entered the grassland and was greeted by a Laughing Dove and a Brown Shrike. 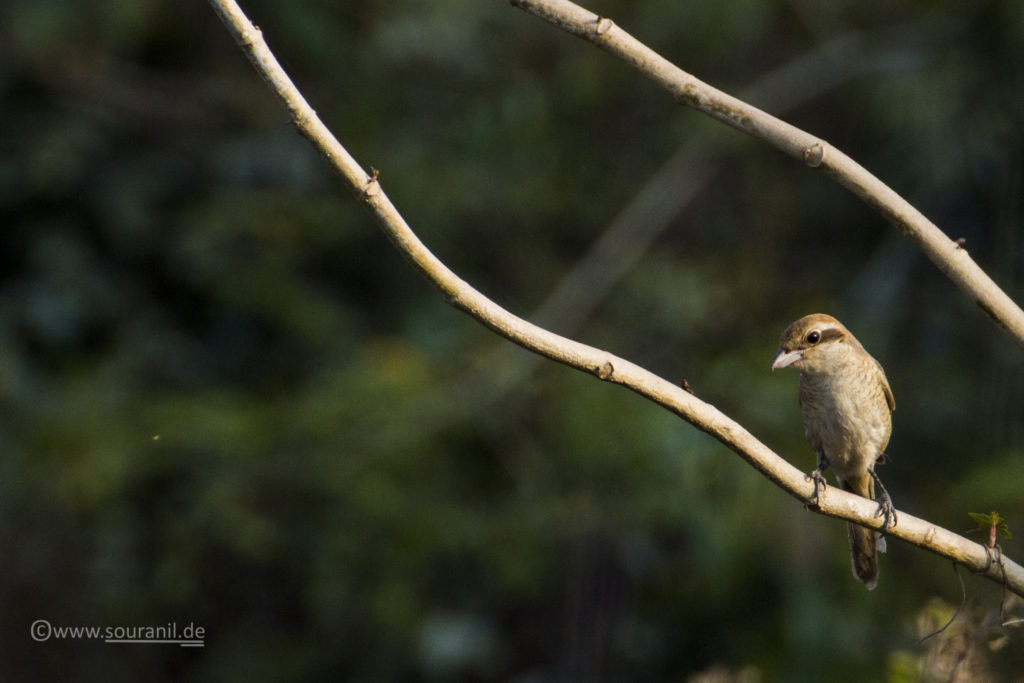 I realized that the grassland was home to several species of birds who are seen in open vegetation and wastelands. Over the next few days, I kept tracking the grassland and to my surprise, I was never disappointed. Everyday, I would find a new species there. Besides, the grasslands I came across wetlands and plateaus. 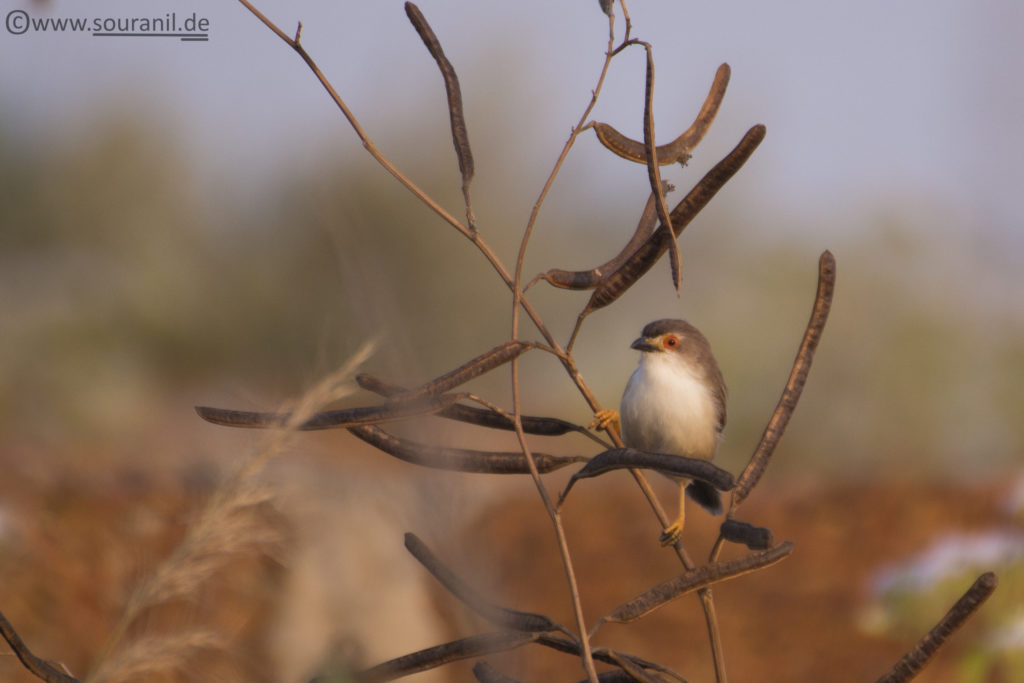 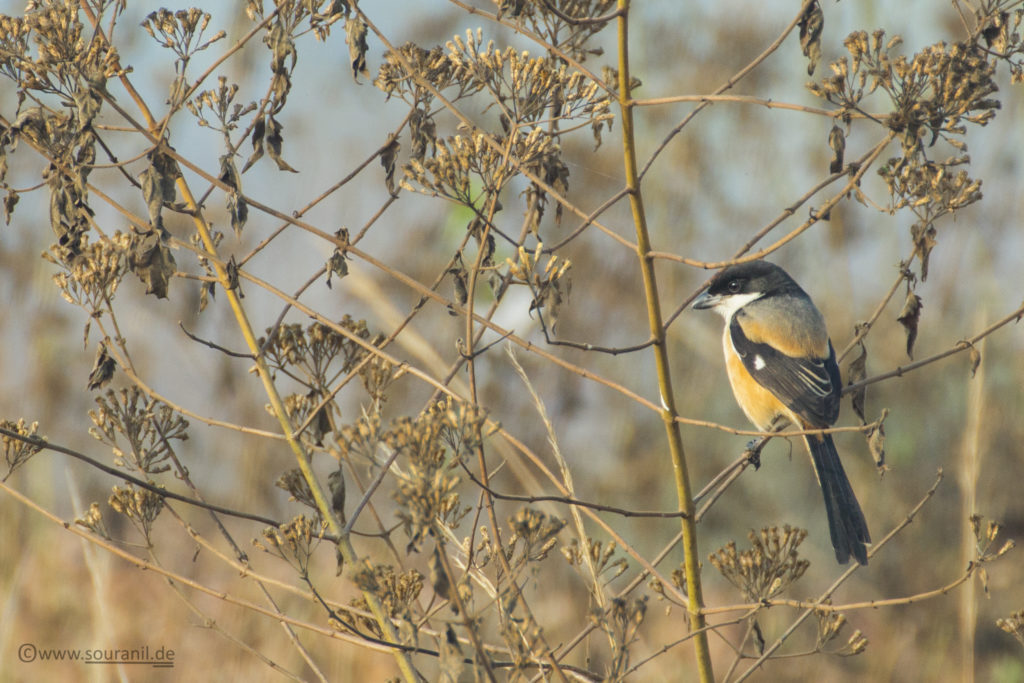 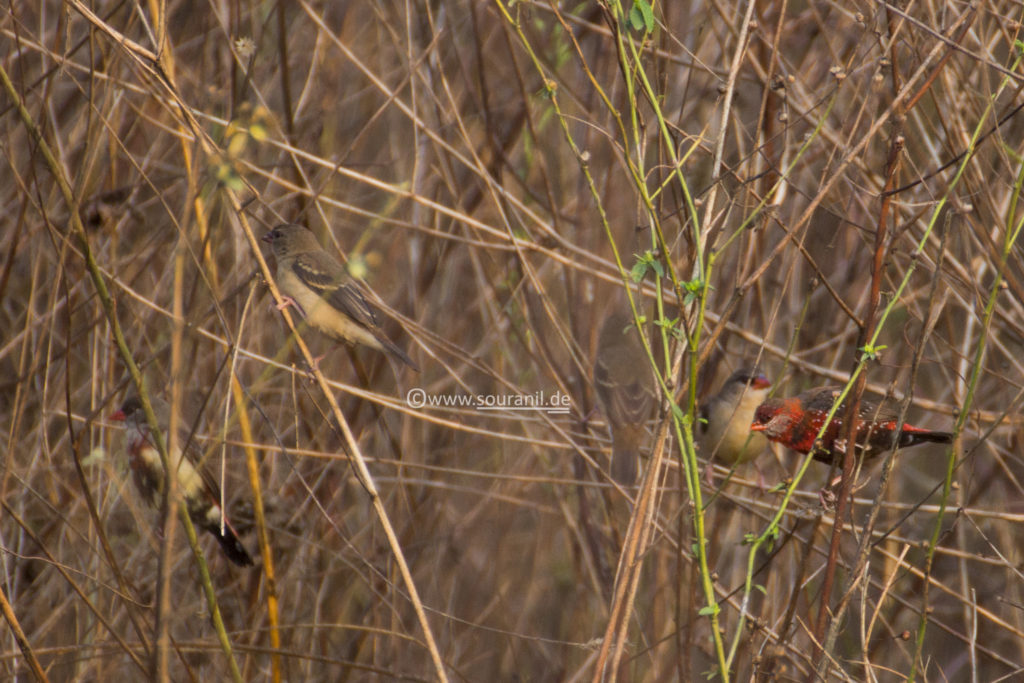 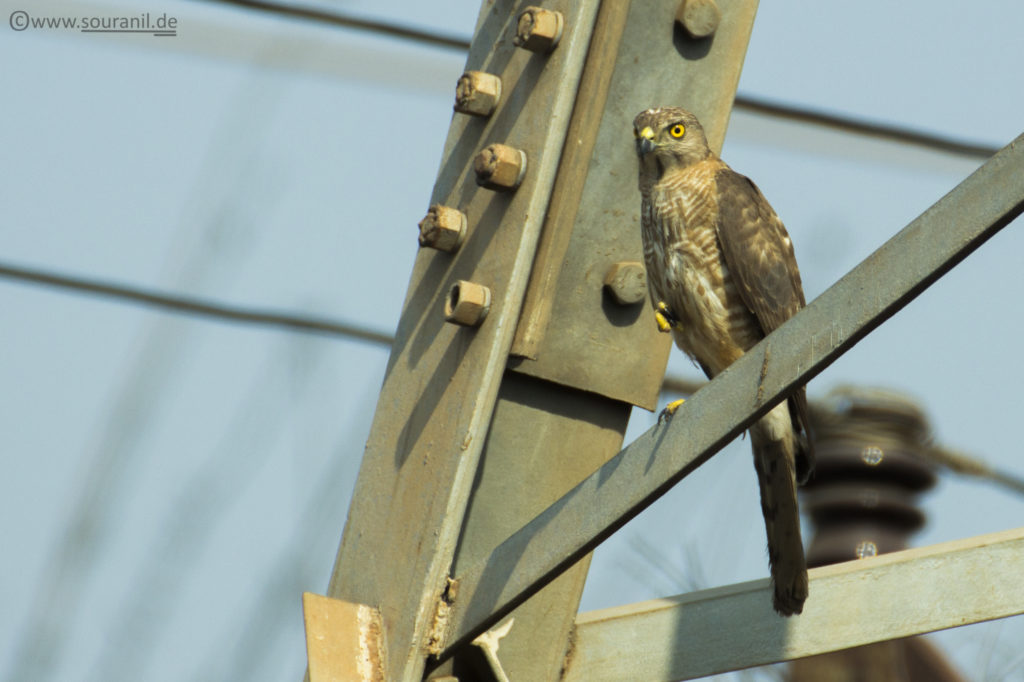 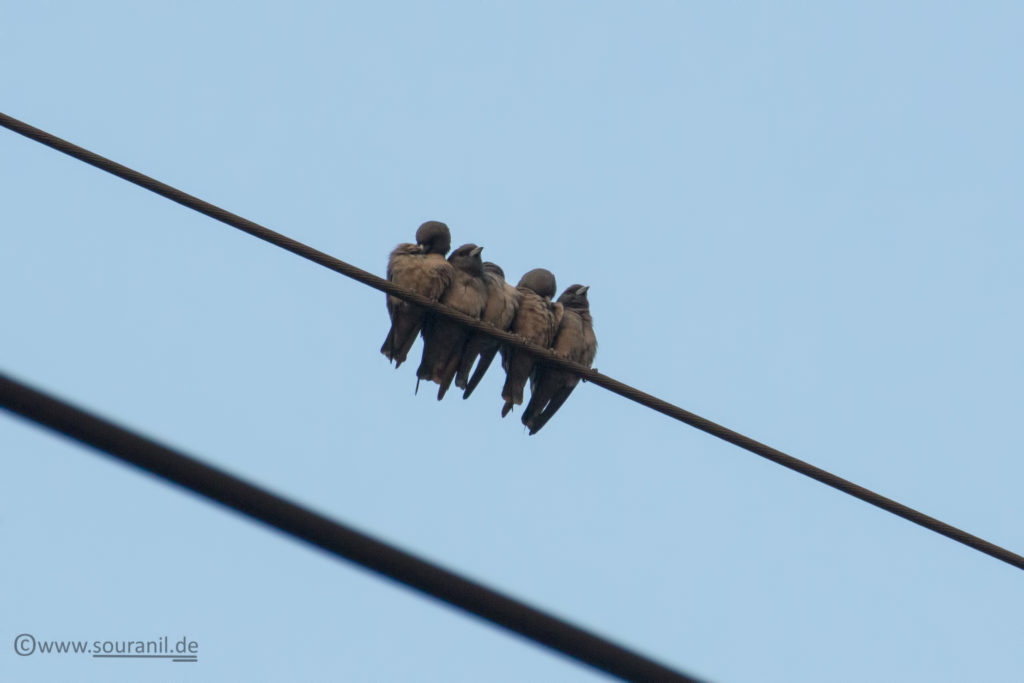 Ashy Wood-swallows after a tiring day

I was also intrigued by a constant as well as frequent chirping call from the grasslands. However, it was difficult to sight the bird(s). All I could guess was that it was some sort of a warbler.

One day, when the light was falling and I decided return back to hostel, I finally found one of them sitting in the open, right in front of me ! It was a Booted Warbler. 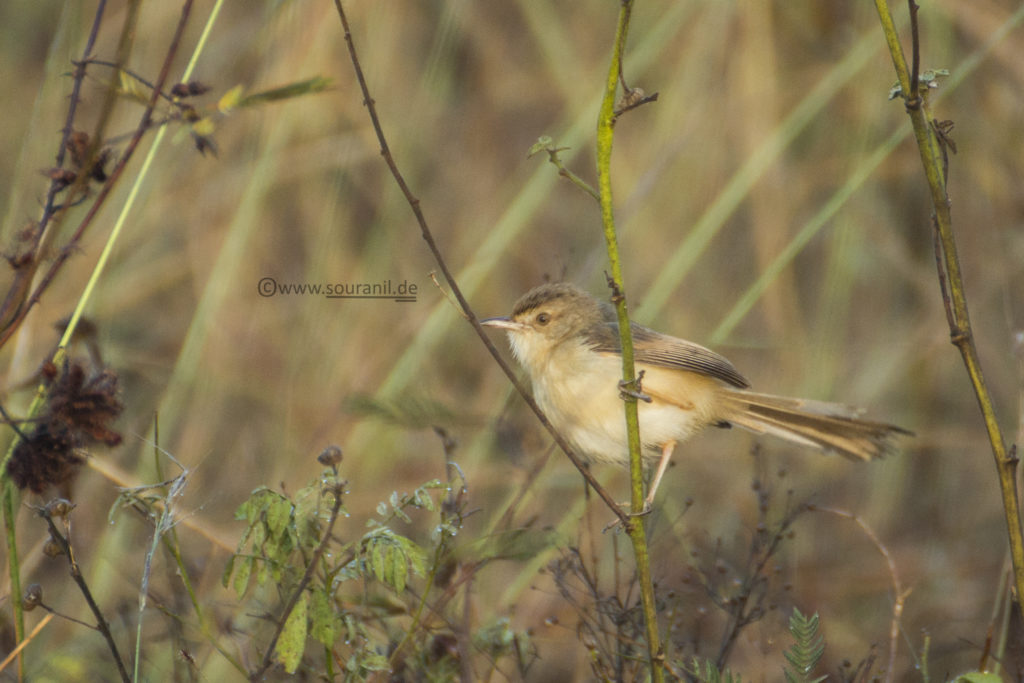 As winter approached, more birds were sighted and I wanted to find newer birds (in other words newer locations). I decided to look into the Shikharchandi Hill which was well covered with vegetation. The hill did not disappoint me and I achieved to find some newer stock of birds. 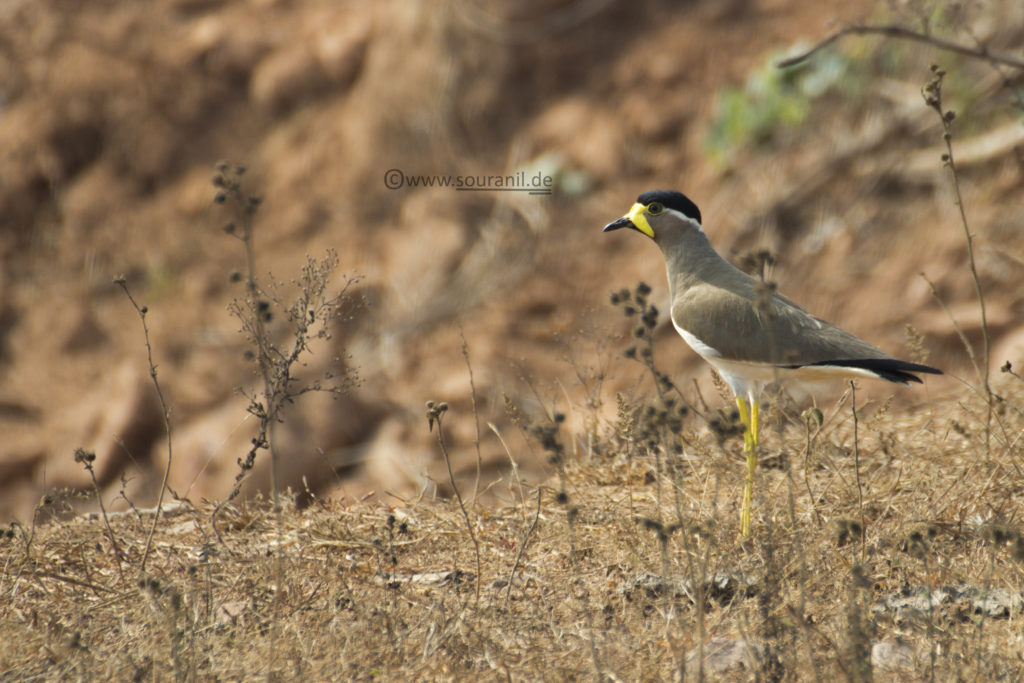 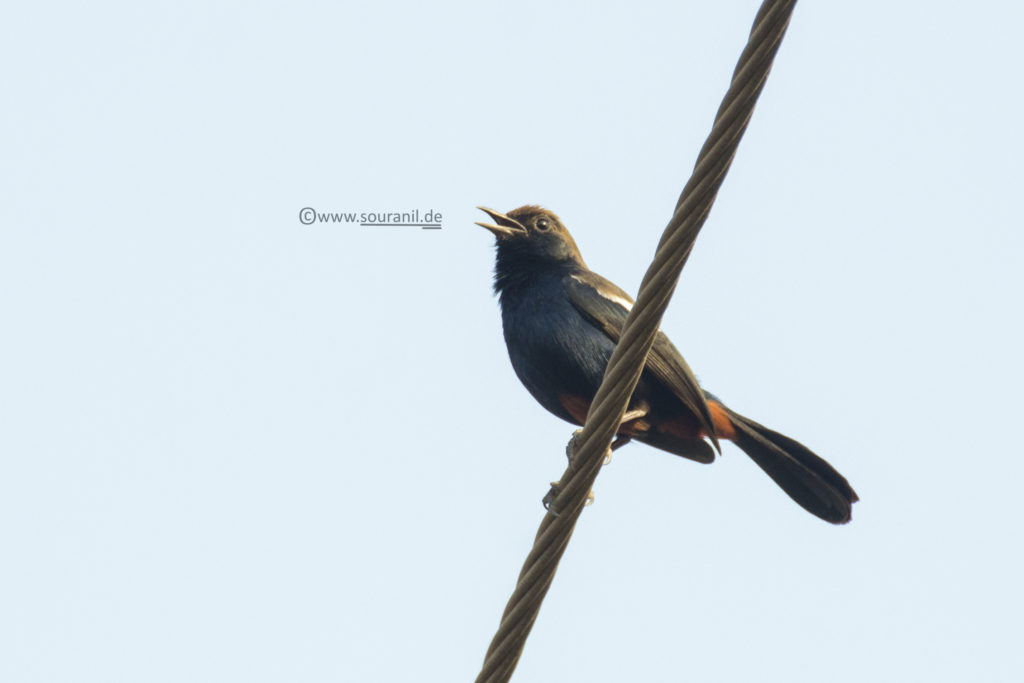 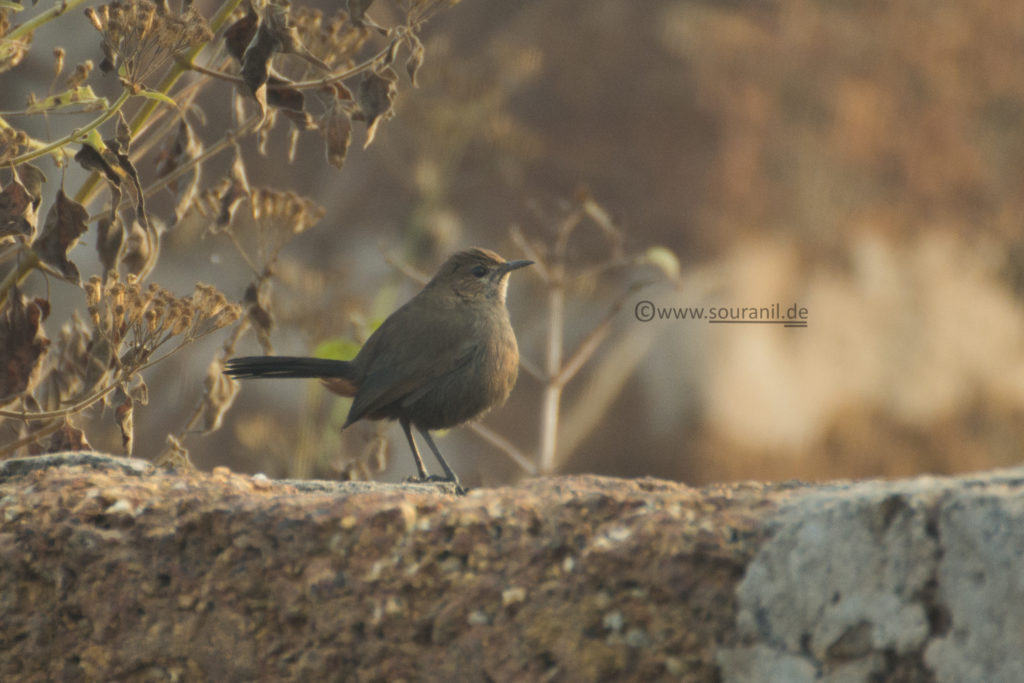 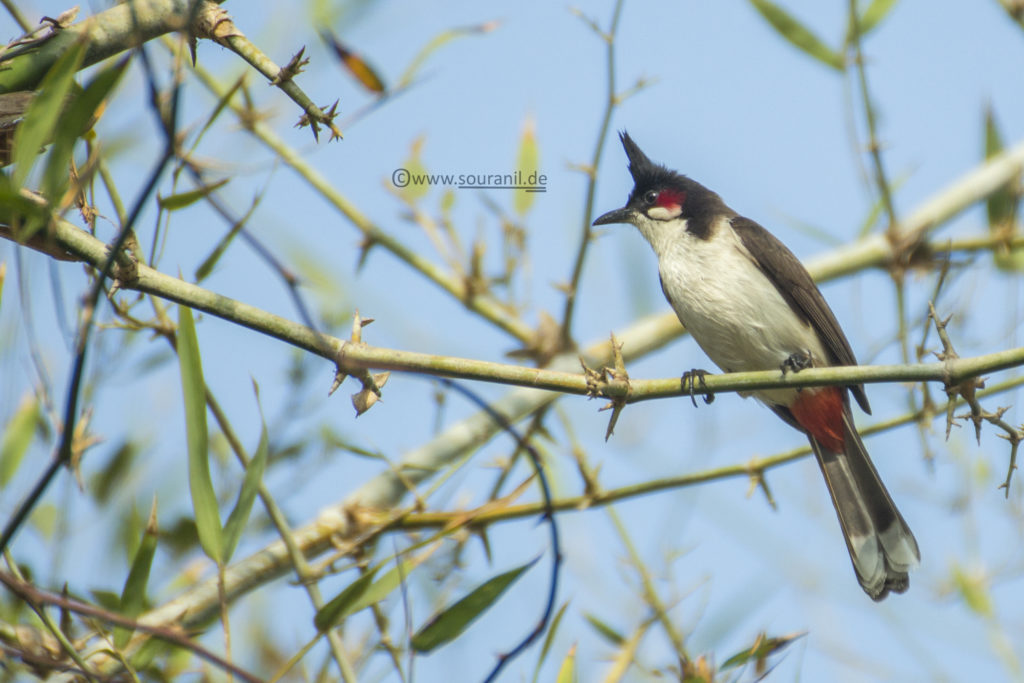 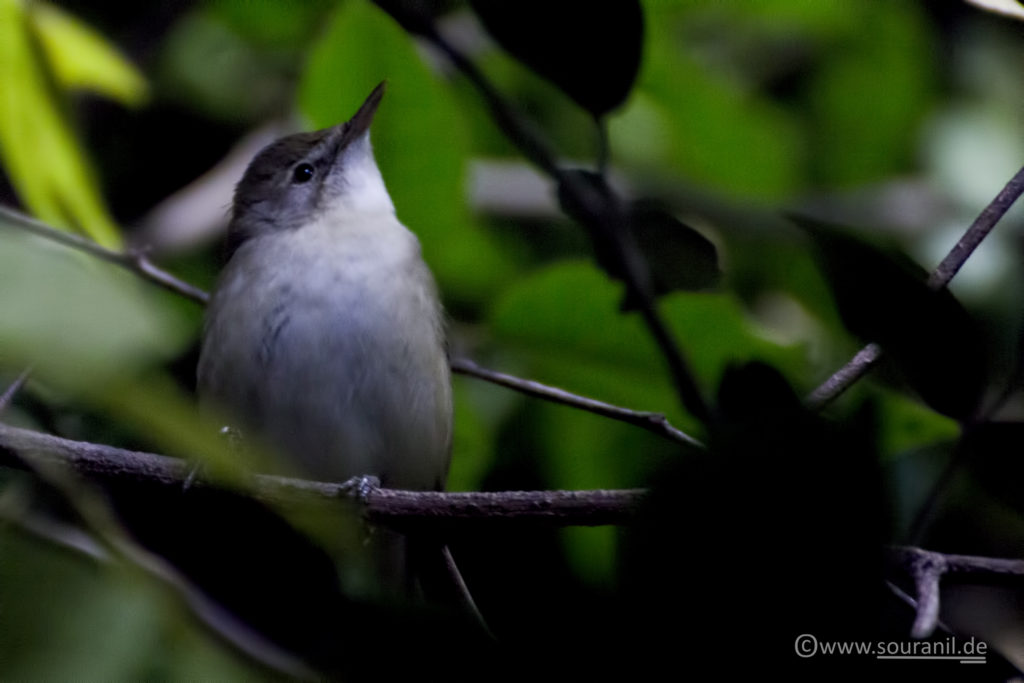 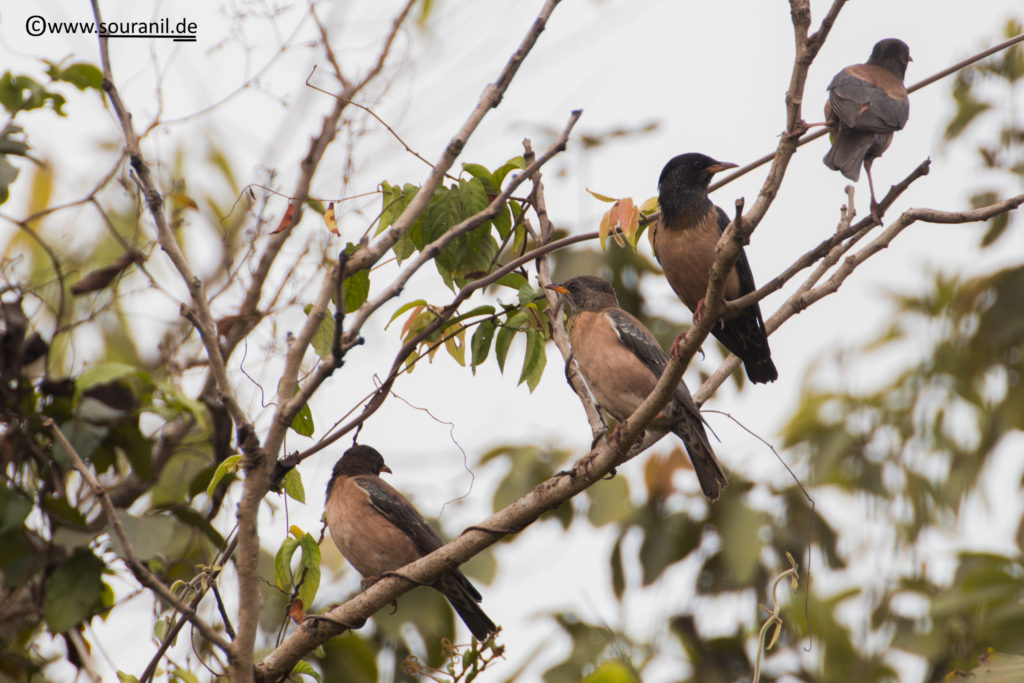 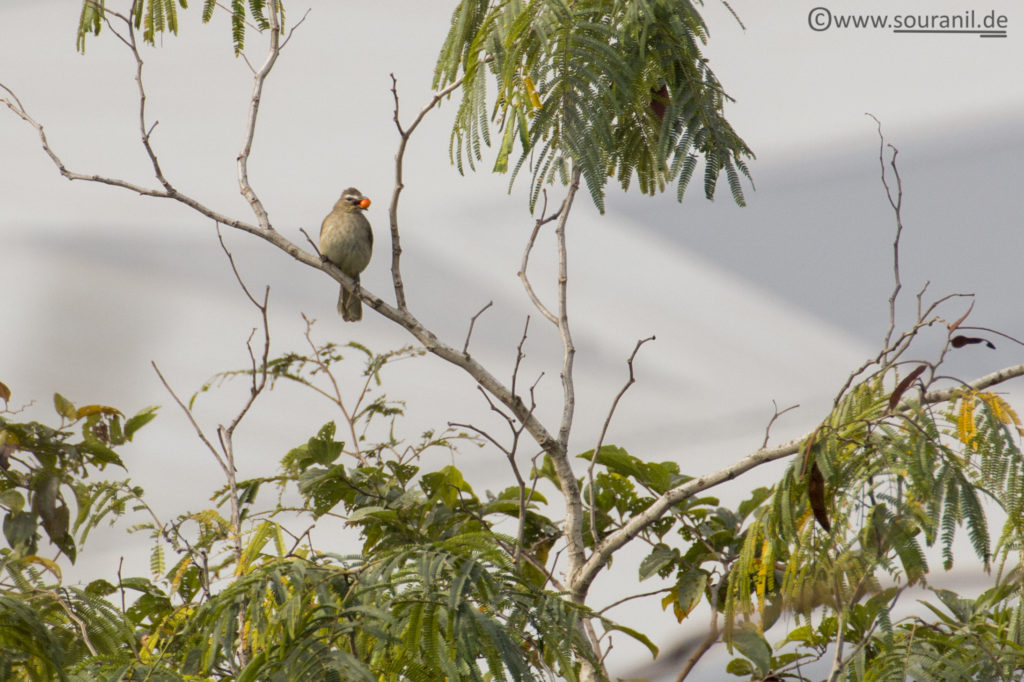 White-browed Bulbul with a berry 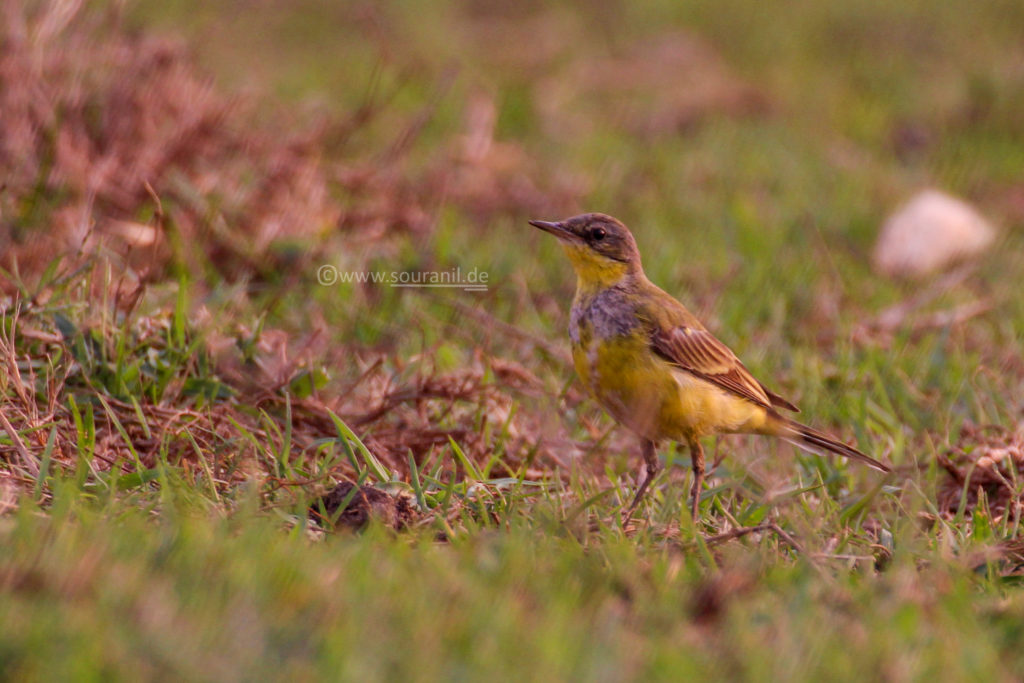 Every weekend, I used to enjoy waking up early and going out for birding. But during late December, a mysterious fog had set in. I found it mysterious because, it was very thick and reduced visibility to a dangerous extent. Also, it did not occur on a daily basis, instead it occurred randomly 4-5 days a week. 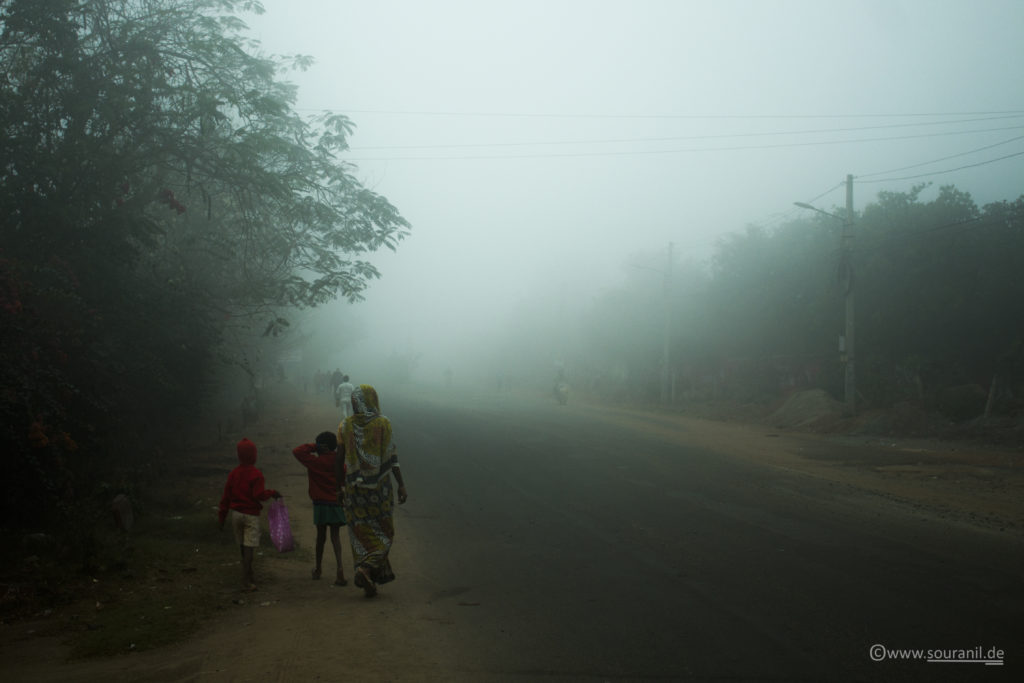 The Fog made it difficult for photography but it seemed that the birds did not dislike it much. Besides, I could explore longer since heat wasn’t an issue. 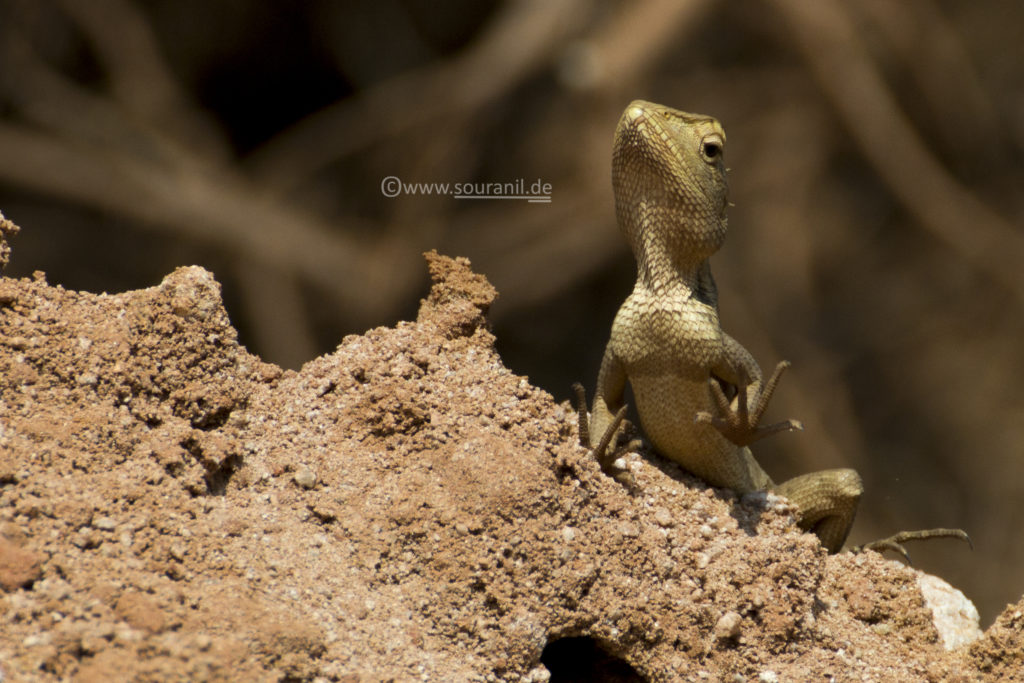 One fine day, when I was sitting alone in a place in Shikharchandi, trying to sight Purple-rumped Sunbirds, I heard a very loud and popular call. It was the call of the Indian Peafowl ! To spot something as special as the Peacock in such an area seemed to be an exceptional goal. Photographing a peacock turned out to be my ultimate goal in Bhubaneswar. 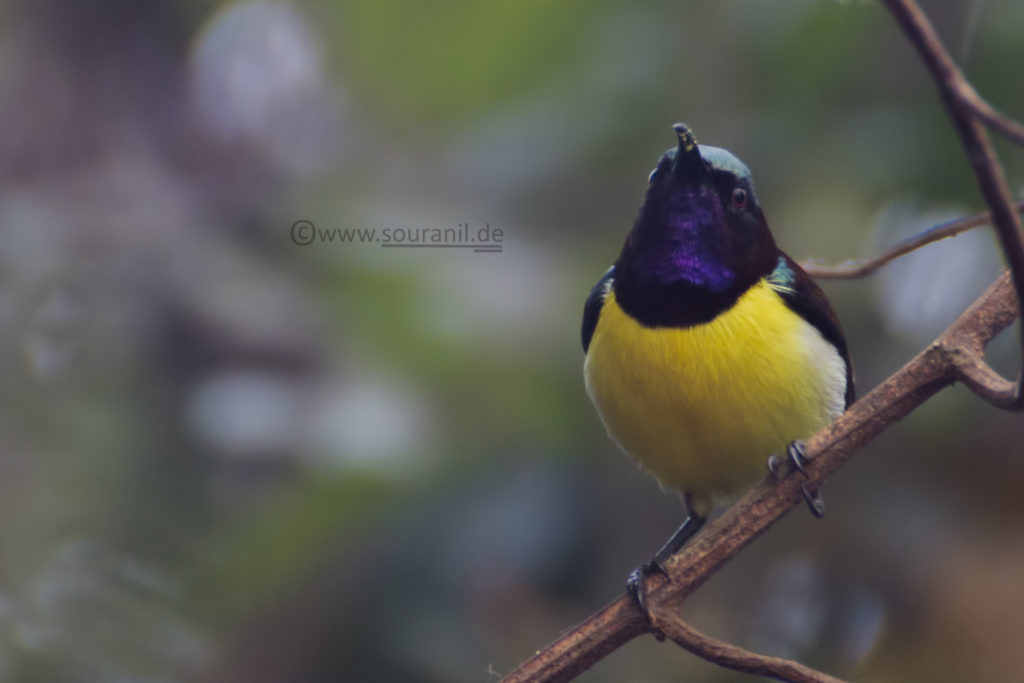 Over the next few days, I tracked their movement and sighted them. I did not want to disturb them and so I couldn’t find positions to photograph them. Also, I found out that there were about 5-6 of them including both males and females. I just wanted to get a photograph of one of them in the open (which seemed difficult since they seemed to be very secretive). Finally, what happened was similar to most of my past experiences. I found a Peacock standing in the main road at mid-day when I had almost given up hope and put my camera inside. At first, I did not know how to react. But then this was the best opportunity. I took out my camera as fast as possible and clicked what I saw. Well, it was satisfying. 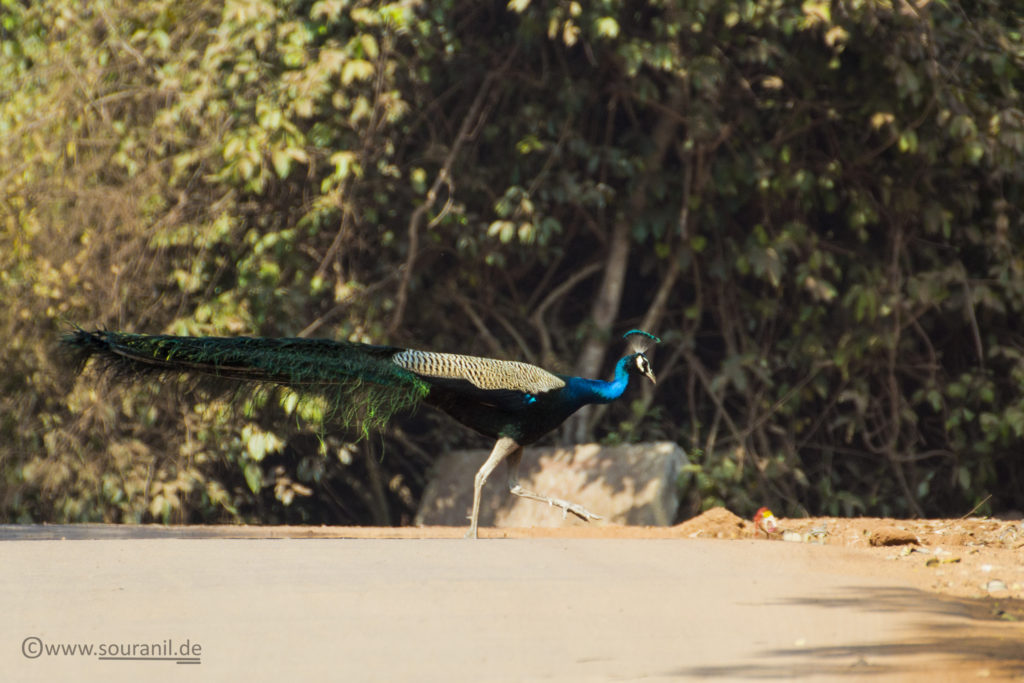 After completing this goal, it felt like a story of one year had successfully come to an end. It also gave me impetus to continue birding in Bhubaneswar and find newer locations and species. I plan to travel a bit more and explore the natural habitats of birds near Bhubaneswar in the upcoming years. 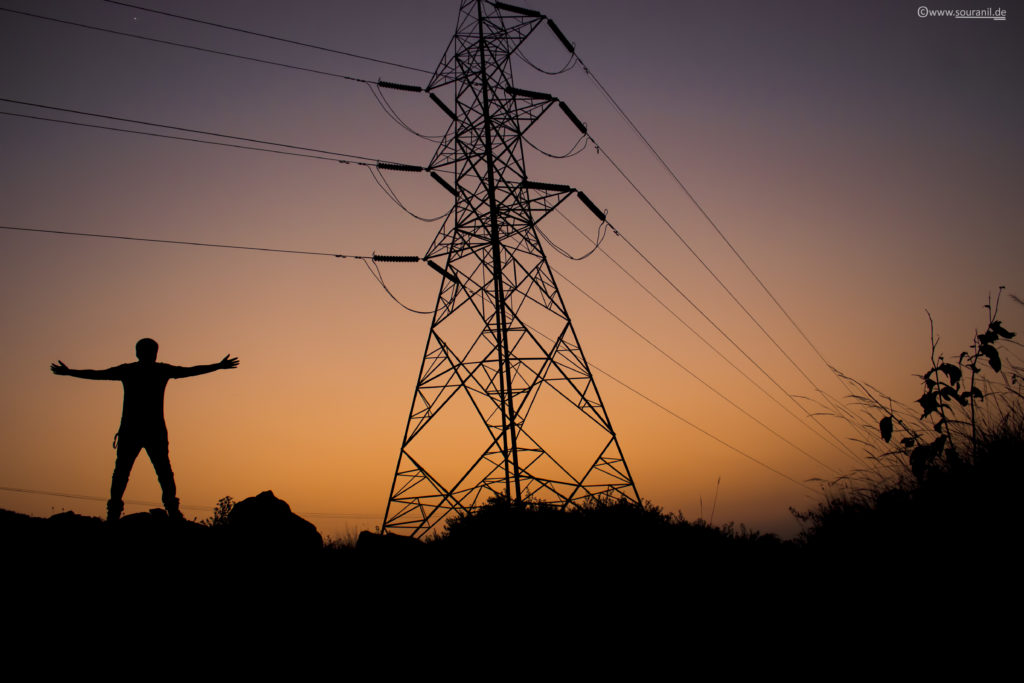 A Sunset in Bhubaneswar